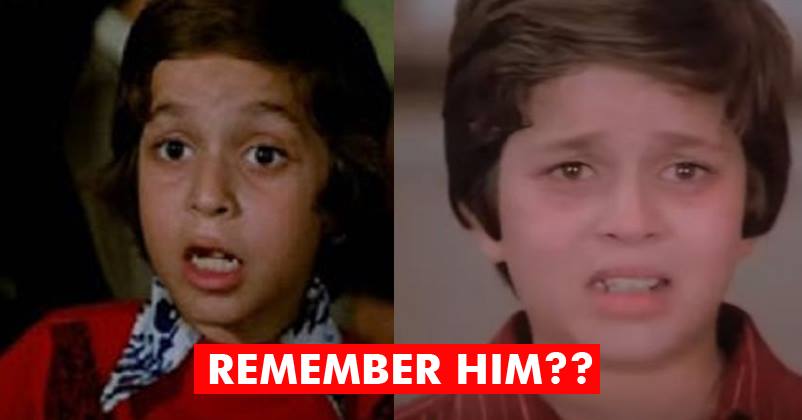 If you have watched Hindi movies of 1970-80s, then you must be familiar with a kid who used to play the character of young hero in every second movie, especially young Amitabh Bachchan’s role. That kid is Master Bittu and his real name is Vishal Desai.

Vishal has portrayed young hero for many famous actors but mostly for megastar Amitabh. Some of his popular movies are Chupke Chupke, Amar Akbar Anthony, Do Aur Do Paanch, Yaarana, etc. Vishal may have been a celebrated child actor but as he grew up, his interest towards direction increased and acting didn’t attract him anymore. He himself said that he didn’t know why, but suddenly, he started loving working from behind the camera and after growing up, he made career in film making. However, despite being a renowned child artist, it was not easy for him to get work and after a lot of struggle, he got the job of an assistant in a TV serial. This was his first step in the process of fulfilling his dream. Vishal then got the chance to work as a director in Hema Malini’s serial “Damini” and after that, he started getting calls from big banners. He also assisted B R Chopra in hit movies like “Virasat”, “Bhootnath” and “Baghban”. Amitabh Bachchan has a special place in Vishal’s life and he is very happy that the actor was also a part of the first three movies of his career, i.e., Baghban, Baabul and Pappu Pass Ho Gaya. Nowadays, Vishal is the creative director of an entertainment channel and we can safely say that he has proved his credentials as a director like he did as a child artist.

Oh! So Salman Has Finally Declared His Wedding Date! Start Counting The Days..
This Hot & Gorgeous Actress Is Replacing Sonakshi Sinha In “Dabangg 3”