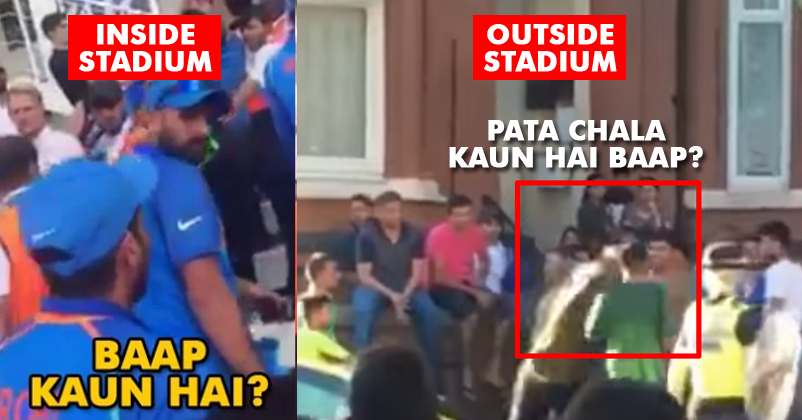 Remember that fan who had made Mohammad Shami furious after Pakistan’s win by asking “Baap Kaun hai?”? The same fan is back in news once again.

Mohammad Shami had lost his cool and was about to give him a reply but it was Dhoni, who calmed down the situation, and took him back to the dressing room. Other cricketers too had avoided his words. Cricketers can avoid, but can fans turn a deaf ear to such insults? No; at least not in India. The Pakistani fan must have felt that he has achieved something great by trolling the players, but he had no clue that he would get it back from the Indian fans

A video has surfaced online, which shows that he is being brutally beaten up for trolling team India. Yes, he’s being bashed by the mob because no one could tolerate what he said.

Want to watch this video? Here it goes…

In India, people are crazy for cricket; for them, players are like God and they can’t tolerate a single negative comment. But is their act right? So much craze is not good. Shouldn’t the Indian fans ignore such things and move on? After all we don’t have control over such things; however, thrashing him and acting violently wasn’t the right thing here. Ignorance was the best solution in this case.

This Girl Proposed Pakistani Cricketer Ahmad Shahzad! His Response Is Damn Hilarious
Sania Thrashed Haters Who Trolled Her For Her Tweet! Her Kickass Reply Deserves To Be Applauded