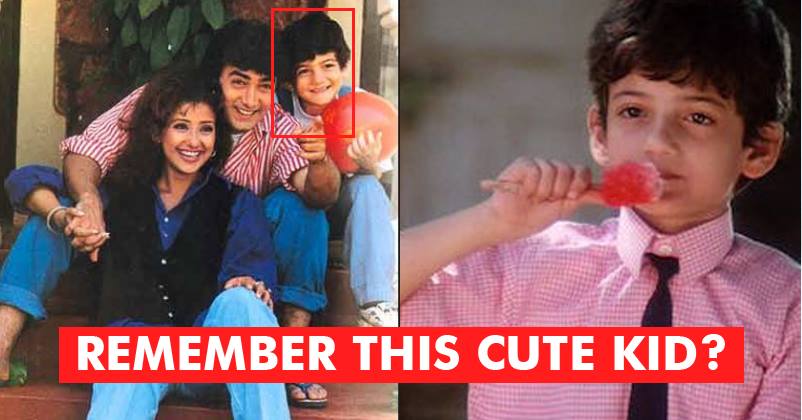 ‘Akele Hum Akele Tum’, the popular movie from 1995 had wooed the audience with it’s amazing plot, storyline and performances given by actors. The movie starred Aamir Khan, Manisha Koirala and child actor Adil, and was definitely a treat to watch, isn’t it? One thing that everyone loved was the wonderful acting of Master Adil, who played the role of ‘Sonu’ in the movie. He essayed the character of a sweet little boy who gets stuck up between his fighting parents.

If you still haven’t seen the movie, let us tell you that the boy acted so wonderfully that he left everyone awestruck. Yes, he has displayed ‘Matured’ acting skills and in some shots he even overshadowed Manisha Koirala and Aamir Khan. The way he delivered emotional and touching sequences is definitely not everyone’s cup of tea. However, the boy has grown up and now he looks very handsome! You won’t be able to recognize him too. Want to see how he looks? Here is his recent picture!

This is how he looks now? Shobhaa De Massively Attacked Sachin On Twitter! This Time She Had A Valid Question!
7 Upcoming Bollywood Biopics That We Just Cannot Wait!