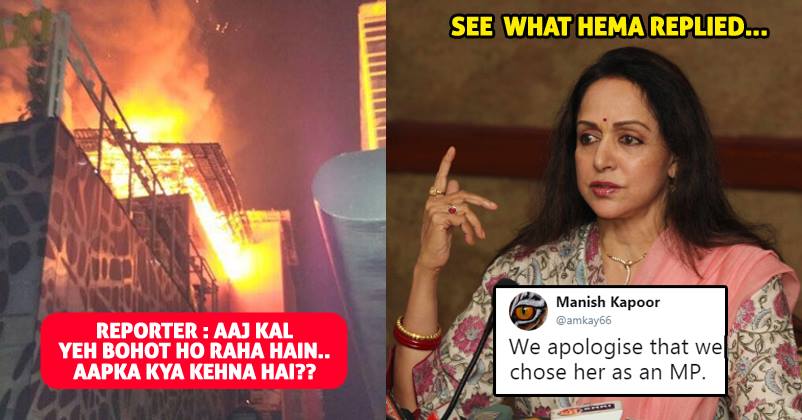 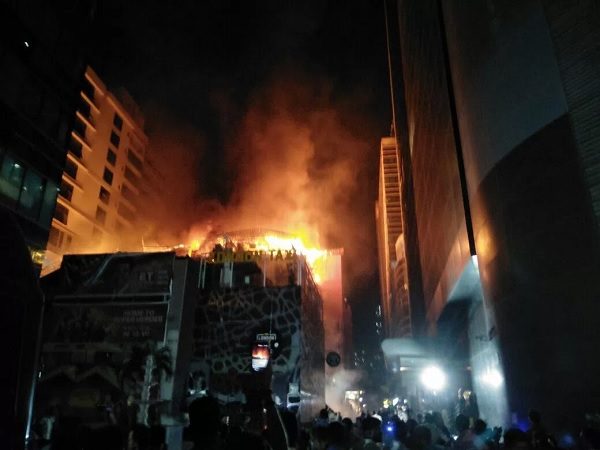 Many people expressed sympathy for the families of the deceased but when BJP MP Hema Malini was asked about the incident, she held the population of the city responsible for it. She said,

“Such incidents are recurring because of the huge population in Mumbai. It’s not that the police aren’t doing their job. They do a great job. But the population is so much. And the city is spreading like anything. When Bombay ends, another city should begin. Continuation of Mumbai is another Mumbai. But the city keeps extending.”

The suggestion that she gave is,

“Some restrictions should be done on the population. Each city should have certain population limit, after that they should not be allowed. Then let them go to another city… next city.” 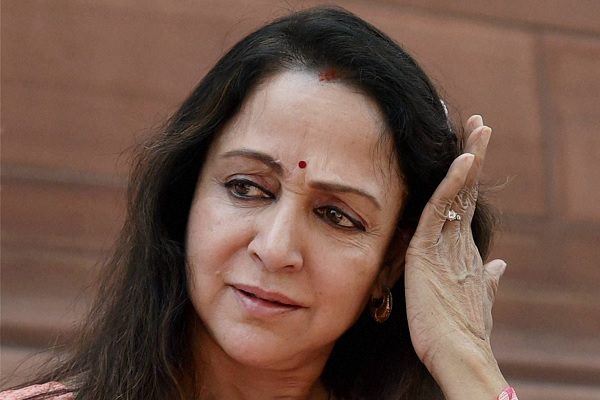 #WATCH BJP MP Hema Malini says "population is so much, the city is spreading like anything. Some restrictions should be done on the population. Each city should have certain population/limit" #KamalaMillsFire pic.twitter.com/iL2EXdsULh

Her statements irked Twitterati and they trolled her left and right. Here are some selected reactions:

The most endearing feature of @BJP4India Members of Parliament, is the eagerness with which they display their stupidity in public… 😂

Most people urbanize to find new Jobs. I government wants to ant-polulate some regions. They must focus on building jobs on rural areas. Limiting is not a solution!
She must be living in Fantasy world!

A lady from South India , married to a Punjabi , residing in Mumbai right now, representing Uttar Pradesh in Parliament and selling Kent RO's all over India wants migration to be restricted
Irony died a peaceful death 😂😂😂😂

😂😂😂 and that next city can me made on the land that she will be giving away! Bagpiper with Kent RO water leads to such statements! pic.twitter.com/tuudu0IOJh

A jibe at her and Dharmendra:

Yes, you are right. People from punjab (80% of bollywood) should be kicked out of Delhi and Mumbai.

Wat an answer maam….shame on us for chosing leaders like this…disappointed.

She can replace Rahul Gandhi:

She can replace @OfficeOfRG Rahul ji in congress. Equally lethal …Looks like she is the real inspiration of @aliaa08

Reason of population explosion in Mumbai:

People like Hema Malini migrated from Chennai and Dharmendra migrated from Punjab, then produced half dozen children, is main reason for population explosion in Mumbai

Hema Malini is beautiful as long as she doesn't speak.

This is the reason why she is called Dream Girl:

I am in shock to hear that population could be the reason of shot circuit.

Well that's why you are dream girl bcoz you don't have any link with reality. @RoflGandhi_

Why did you get married to Dharmendra?

What do you have to say about Hema Malini’s views? Let us know!

Mouni Roy Shared Pic In White Dress But Fans Didn’t Like It, Trolled Her Hilariously
Husband Is Confused As His Wife Calls Him Sandeep While Making Love. Twitter Had Funny Replies