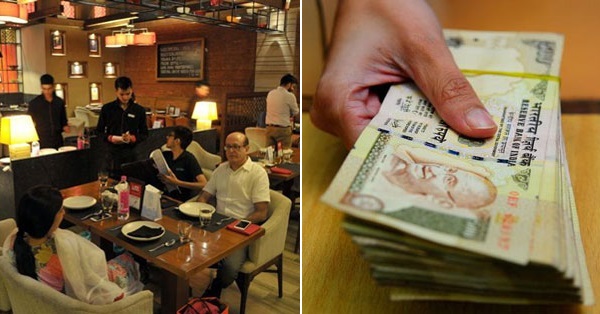 The name of the complainant is Jagvir Singh Kang and he is from Ludhiana. Jagvir has told the forum that on the night of June 20, 2015, he, his wife and his family friends had dinner at Brooklyn Central and the bill for the dinner was paid by Jagvir’s friend. However, as Jagvir and his wife needed to travel 70 km, he decided to buy two sealed water bottles from the restaurant. The price of the each bottle was Rs. 60 (all taxes included) but he was handed a bill of Rs. 156 per bottle. On enquiry, Jagvir was told that the price included VAT – Rs 16.50, service charge – Rs 12 and service tax – Rs 7.39. As it was around midnight and Jagvir and his wife had to travel a long distance, he bought the two water bottles for Rs. 312 at that time but later he took to consumer court for justice.

The restaurant in its reply said that as those water bottles were consumed inside the restaurant premises, the complainant needs to pay the taxes imposed by the management. “The sequence of events of the present case clearly establishes the high-handedness of the opposite party of which the complainant became the victim and felt the brunt, as a result the complainant has been left with no alternative, except to knock the doors of this forum, which further aggravated his pain and harassment. Thus, on this account, we deem it proper to penalise the opposite party for indulging in such activity, thereby causing not only loss, mental agony and harassment to the complainant, but also giving rise to undesirable litigation and thereby wasting the precious time of this forum. Therefore, the opposite parties are penalised with cost of Rs 15,000 to be deposited in the Consumer Legal Aid Account No.32892854721, maintained with the State Bank of India, Sector 7-C, Madhya Marg, Chandigarh, in the name of Secretary, Hon’ble State Commission, UT Chandigarh,” as observed by the forum.

Images For Representational Purpose Only

10 Rich And Famous People Who Were Once Homeless
Katrina Wants To Give Their Relationship A Second Chance! But This Is What Ranbir Said And Made Her Cry!