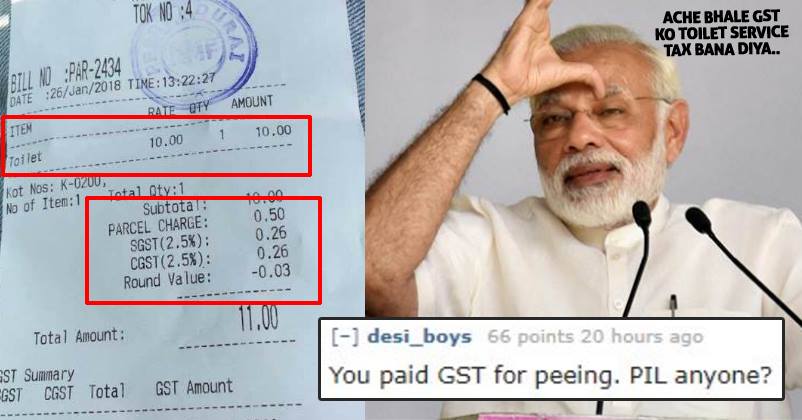 There are times when you are under pressure to address nature’s call and if you are in a busy area, you have the only option to search for a public toilet. If it is not available, you will need to visit a public place such as restaurant, cinema hall or petrol pump.

The government is already asking the hotel & restaurant owners to allow at least women and kids to use their toilets for free and few of them have obliged too. 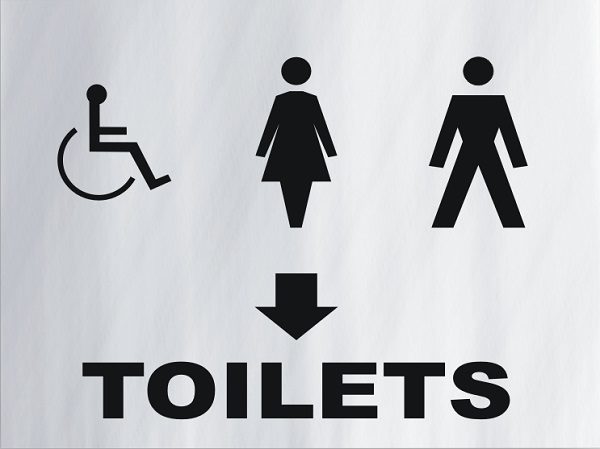 We all know that fees is charged for using a public toilet but what will you say to know that a restaurant charged a man for using their loo and a proper bill was given to him with GST added.

The incident has taken place in a restaurant in Erode, Tamil Nadu, and the person has uploaded the image of bill on reddit. 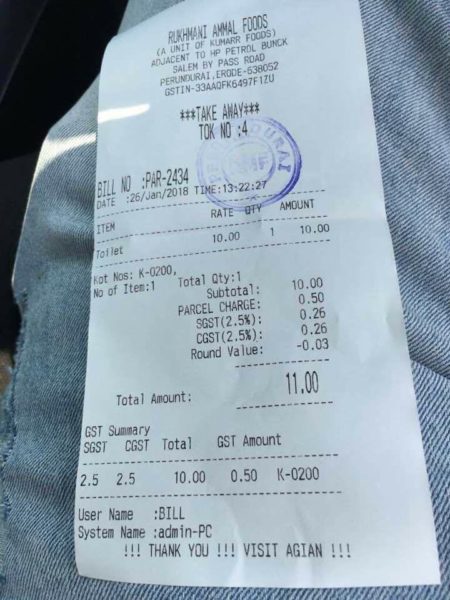 As you can see, Rs. 10 is the charge of using toilet while 50 paisa is parcel charge and 26 paisa has been included for SGST and CGST each.

The bill was categorised as take away, leaving us thinking what he took away from there.

Parcel charge was also added in the bill but we are unable to understand what was parcelled to him.

GST has become a part of our lives but still there is a limit as to where it can be added and where it should not be added. SGST and CGST were added to the bill and people were shocked.

Man Orders iPhone Worth Rs 55,000 From Flipkart But Got A Detergent Bar Instead
Woman Chops Off Boyfriend’s Private Part Because He Praised Other Woman