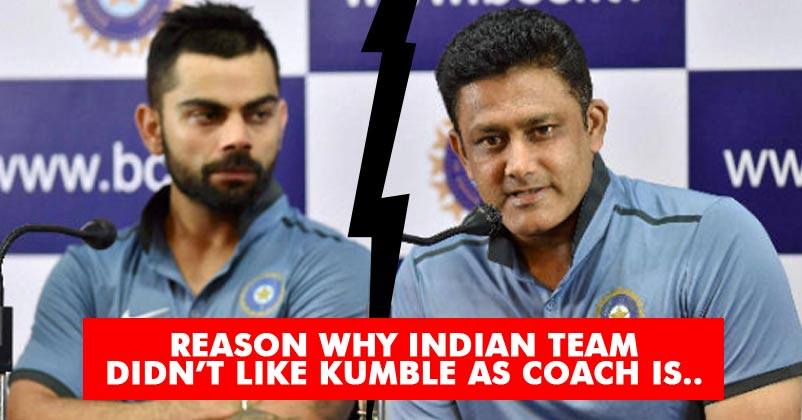 The feud between Virat Kohli and Anil Kumble has been trending since months; we were a bit unsure about media reports, but when Anil Kumble confirmed things on his Twitter handle, we all were shocked.

Kohli having “Reservations” with his style was the main reason why Kumble decided to step down. Kohli was slammed, but after that, sources gave us 2 other possibilities of this fight. One was the argument over batting after winning the toss and second was exchange of abuses between Kumble and Kohli. Now, a new reason has come to light and once again, we are surprised. According to sources, Kumble would scold players like kids. Yes, whenever the players used to make any mistakes, the coach used to treat them like children.

Reports by NDTV say that there were many reasons for this feud and one of this is the coach’s behavior towards the players.

It is even said that after the team lost the match, Kumble gave them a good firing. Kohli was of the opposite mindset; he believed that such scoldings create a lot of insecurity. However, Kumble believed that this was necessary to maintain discipline and order in the team.

“The team members, who were feeling terrible about the loss in any case, felt that their coach was scolding them like children and not treating them like professionals. The captain, they said, is very possessive about his team in the dressing room and he was upset at the way Kumble spoke to them.” Every now and then, we are seeing reports highlighting possible reasons of Kumble’s exit. But no one knows what the exact reason is. What do you think?