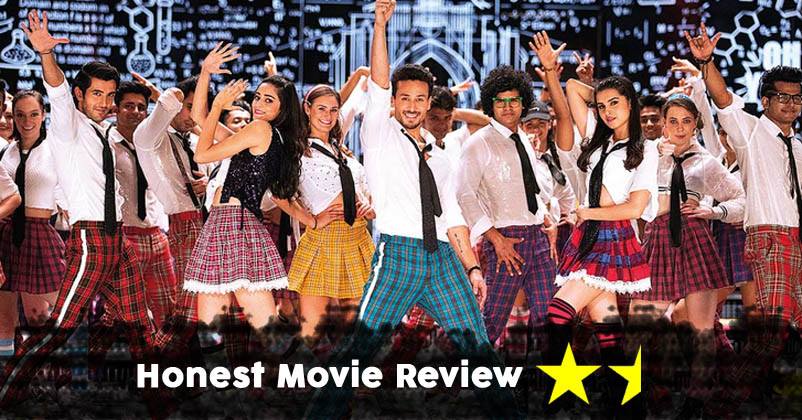 
It won’t be wrong to say SOTY 2 has created quite a buzz on the social media as it’s the sequel of Student Of The Year released in 2012 which launched the careers of Varun Dhawan, Sidharth Malhotra and Alia Bhatt. The second batch of Saint Teresa’s College is here to take over.

If you had a chance to romance @tigerjackieshroff you’d also have this never ending grin 😘😝☺️ #fakira (Link in my bio!) #SOTY2


The Friday release has hit the single screens and multiplexes and the reactions have started pouring since morning. The movie has received mixed reactions from the audience with people calling it a waste of time or an entertaining movie.


I’m going, to be honest here, the movie revolves around a small town boy Rohal Sehgal portrayed by Tiger Shroff who is madly in love with his childhood sweetheart Mridula portrayed by Tara Sutaria. He follows her and takes admission in the city’s top college through sports quota.


New college means new friends, new rivals, heartbreaks and endless competition. The college is filled with glam and glitters, boys flexing their rippling muscles, hot wheels. The college has everything in it except realism.


Unlike SOTY, this batch of SOTY2 has less of love portion and if you are allergic to typical college romcom this movie will remind you about your college friends as friendship is strongly shown, Kabaddi, and other stuff cool engagements to make you think about your college not being so cool.


On the acting front, Tiger Shroff did a magnificent job with all the burden was on his shoulders and his actions, dance was captured with caution. Tara Sutaria looked extremely beautiful throughout the movie but her character didn’t get the chance to blossom and her debut was underwhelming. Ananya Pandey’s character helps her to give a definite curve which helps to leave an impact on the audience. But both characters of the leading ladies weren’t properly crafted.


As it was the sequel of SOTY catchy music were expected like Radha, Vele, The Disco Song, Ishq Wala Love but it failed to create that charm and the music was very average.

I am going to give 1.5 stars for the movie. Drop your reviews?

Maa… First Friend Forever : The Beautiful Relationship Of The Mother & Son Will Touch Your Heart
Game Of Thrones: Starbucks Generated $2.3 Billion From Free Advertising After The Coffee Mug Gaffe