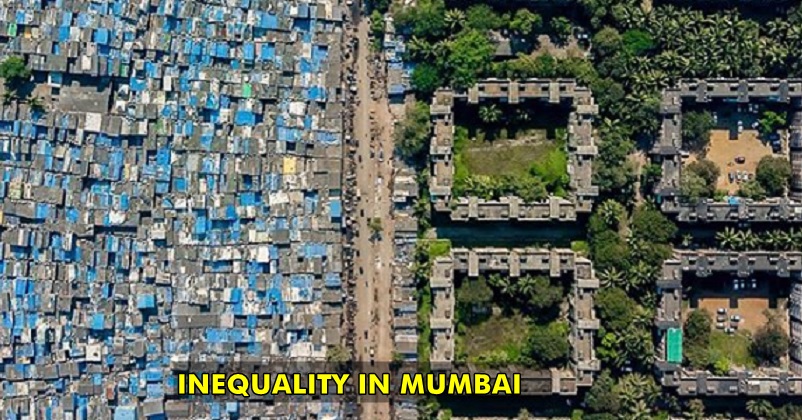 Financial imbalance in our country is not hidden from anyone.

There’s a huge gap between the rich and poor. While poor fail to pay the loans of a few thousand in their lifetime, rich people earn more than that amount daily or monthly. Rich people keep everything in stocks and save a lot of money from discounts, poor guys keep everything limited because that’s what their situation allows. Forget discounts, poor people worry about their pending payments. 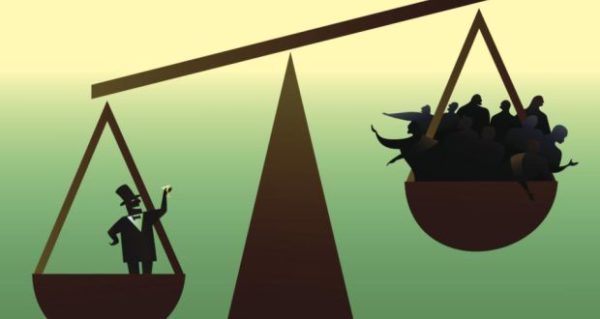 The differences don’t end here and it’s just a start. However, this is not a case only in India and the problem is spread worldwide.

A photographer named Johnny Miller decided to cover this difference and show it through his camera lens. Johnny Miller clicked the photos of several cities in the world and presented the aerial view to his followers. He has basically used the aerial view of several cities in the world to represent the difference between rich and poor. Have a look-

This is how he represented the inequality in Mumbai, India

Incredible scenes of inequality! Check out the new series of aerial imagery from Mumbai, India at unequalscenes.com.

“Informal recyclers in Dharavi exist within sight of the National Stock Exchange, traditional fishermen moor their boats in the shadows of skyscrapers in Worli, and leopards prowl the Sanjay Ghandi National Park on the city's northern flank. In short, it's a city of contradictions.” See more of the Unequal Scenes in Mumbai on my website here: unequalscenes.com/mumbai

Today I’m releasing all the images from Unequal Scenes in the USA. You can find the link here: www.unequalscenes.com/usa. Pictured above is Detroit: a city with a much-touted “rebirth”…but a rebirth for whom?

The aerial view of Cape Town

The first photo I took for this project, is also one of the most powerful – in my home of Cape Town. unequalscenes.com/masiphumelele-lake-michelle

My photo of Primrose/Makause (Johannesburg, SA) is the lead image for a National Geographic magazine article on tribalism, coming out in the April issue….#lifegoalscomplete

Amazing perspective on #Nairobi slums, with a train moving down the tracks in very dense conditions, extreme poverty, right next to the Royal Nairobi Golf Club. 🔹🔹🔹 Unequalscenes.com/Nairobi

No, this image hasn't been photoshopped. It's an area of Mexico City called Santa Fe. 🔹 Mexico is an incredible country and filled with amazing contrasts, like the one above. I'm proud to release the images today from Unequal Scenes: Mexico City which you find on my website, www.unequalscenes.com.

Sonam Made Fashion Blunder By Wearing Over-Sized Dress. People Said She Borrowed It From Dad
Sonam Wore An Over-Sized Dress & It’s So Weird That Even Arjun Kapoor & Anand Ahuja Trolled Her