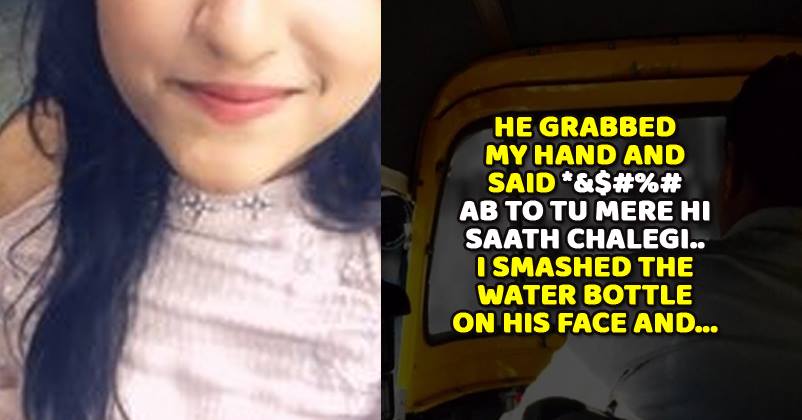 India is becoming a worse place to live for females with each passing day and shameful incidents that are taking place on a regular basis prove this statement to be true.

Recently, a 23-yr girl was molested outside New Delhi Metro Station when she was waiting for a rickshaw to go to Paharganj. Just then, a rickshaw-puller who was under the influence of alcohol came to her and started forcing her to go with him. This made her angry; she turned around, smashed her water bottle on his face, slapped him and dragged him to police post.

However, what’s more shocking is that when she called Delhi Police control room for help, someone picked the call and said that the cops would reach within five minutes but no one came to her rescue even after 45 minutes despite repeated calls. 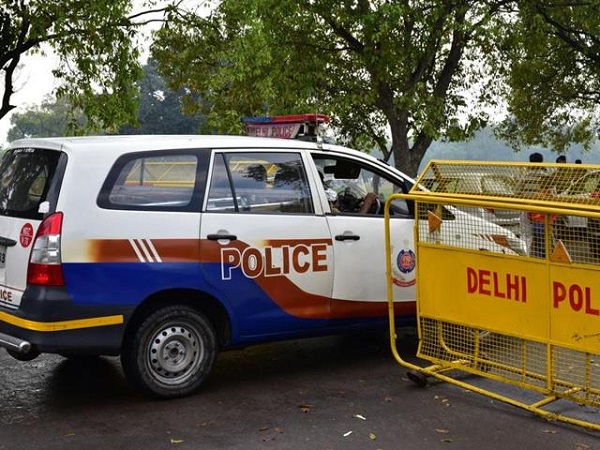 The girl is studying architecture from Jamia Milia Islamia University and the unfavourable incident took place on Thursday at about 6:30 pm.

As per the girl,

“I was standing outside the New Delhi Metro Station looking for a rickshaw to Paharganj when a drunk rickshaw-puller came running after me and forced me to go with him. I refused and kept walking until he came rushing and grabbed my hand and said, ‘Ab tu mere he saath chalegi’ (Now you will have to go with me alone). I turned around and smashed the water bottle in my hand, on his face. Later, I slapped him and dragged him to the police post, right in gate number 1 of the metro station.”

Even more shockingly, when she reached the post, there was not even a single cop. With the help of locals, she dialed helpline numbers that were mentioned there and narrated the whole incident.

“The person told me that, ‘madam bas paanch mint mein police bhejta hoon’ (Madam, I will send the police in just five minutes), then I called again after 15 minutes and he repeated the same sentences. I kept waiting for 30 minutes until that accused shamelessly said madam please forgive and go as no one is going to come.”

As police didn’t reach the spot to help her, she got very angry and started thrashing the pervert with a stick. This continued until his arms began to bleed and he begged for mercy.

She took to social media to narrate the unpleasant incident and slam Delhi police. 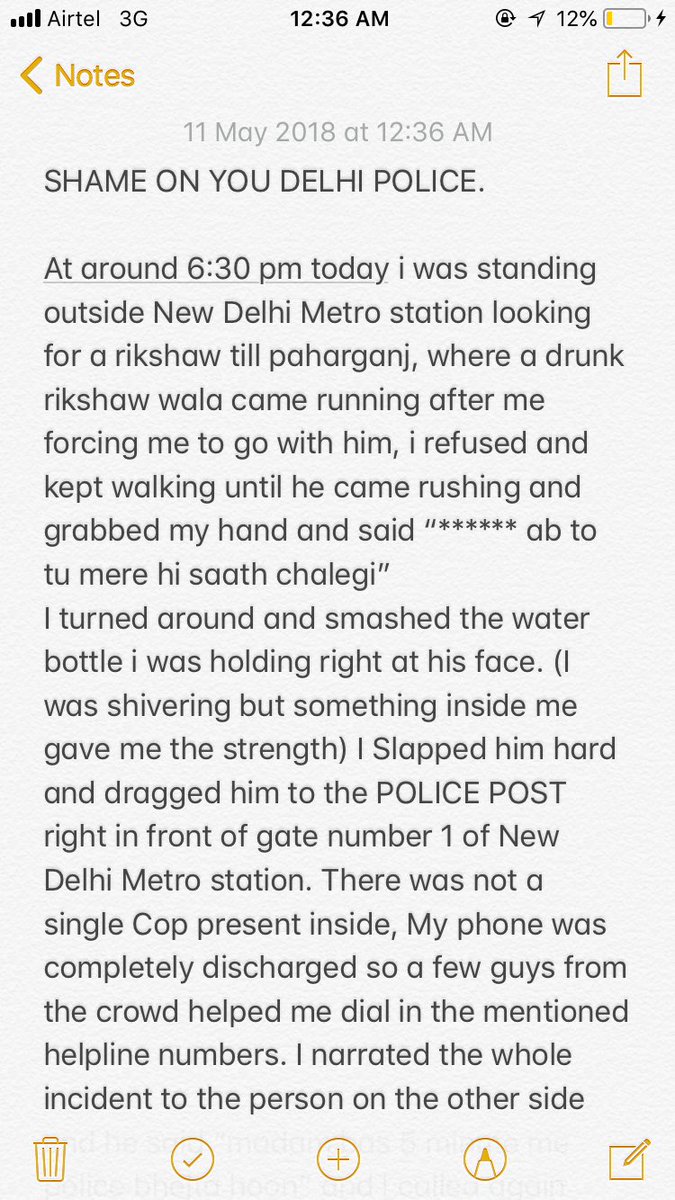 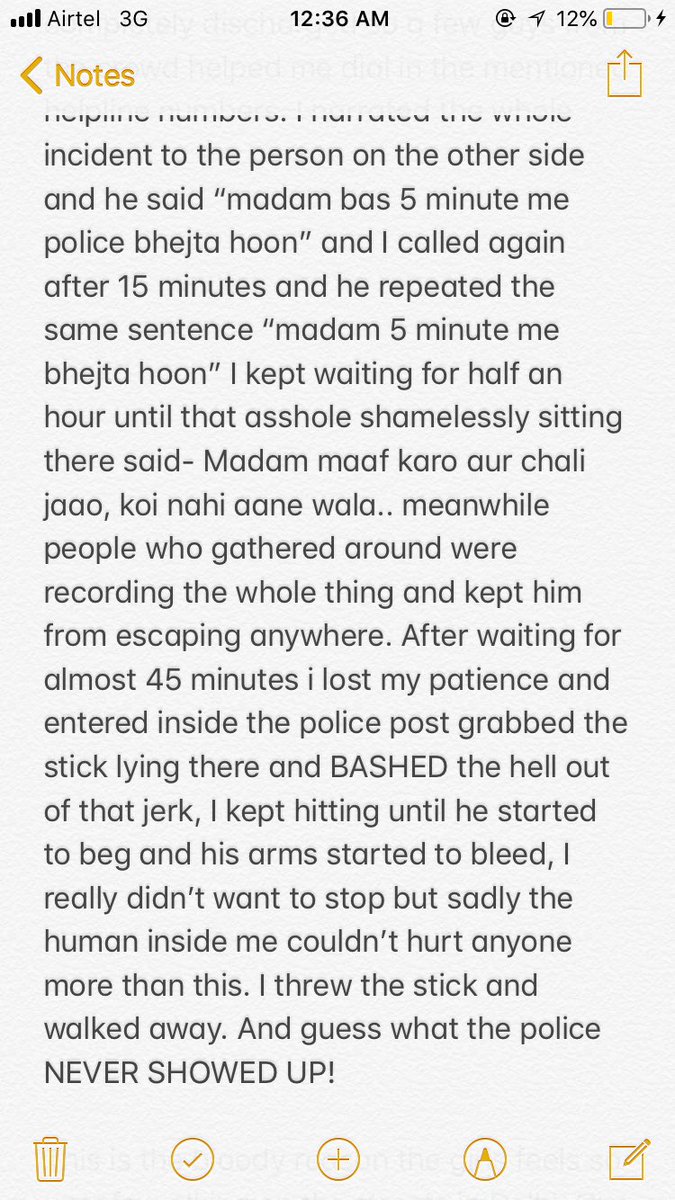 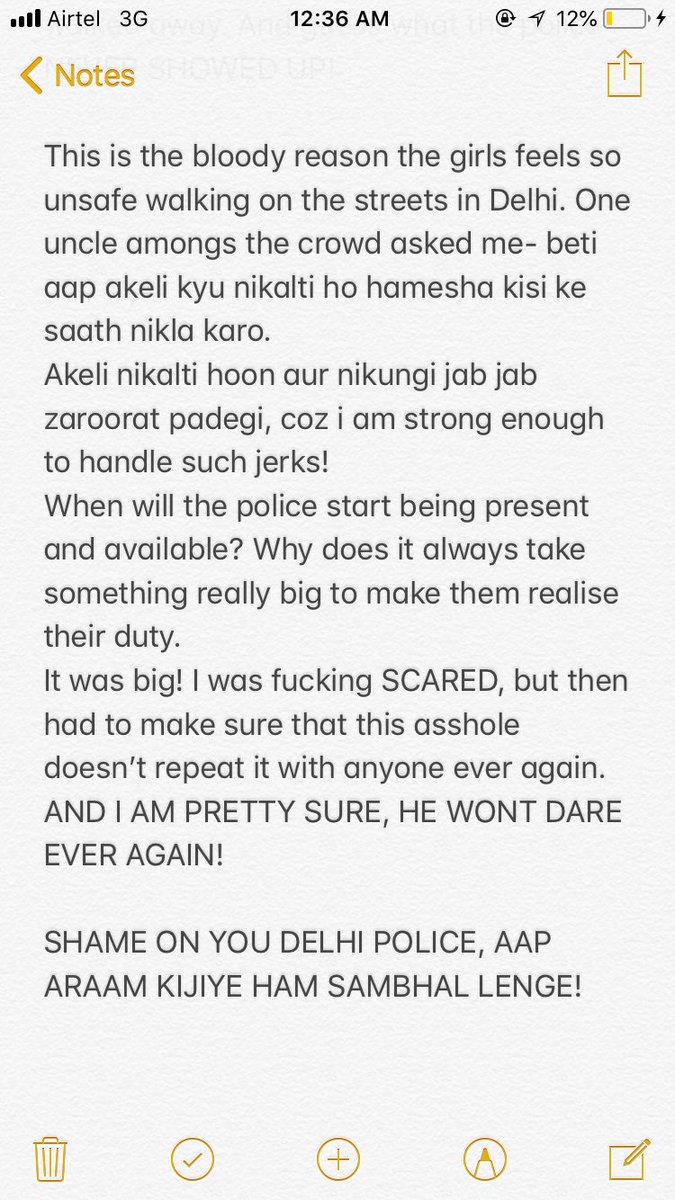 The girl shared these pics with caption, “@DelhiPolice  shame on you that i had to beat him up myself! I kept begging your people for help. Kindly Take the required action on the person behind the call. @LtGovDelhi  @ArvindKejriwal @delhipolice”

@DelhiPolice shame on you that i had to beat him up myself! I kept begging your people for help. Kindly Take the required action on the person behind the call. @LtGovDelhi @ArvindKejriwal @delhipolice pic.twitter.com/2fGbcPXP5v

After the girl shared her ordeal on social media, Delhi Police talked to her and assured her of taking an appropriate action. They also suspended two cops, an investigating officer who received the call and a duty officer for not doing their duties properly.

Kudos to the brave girl! More power to you!