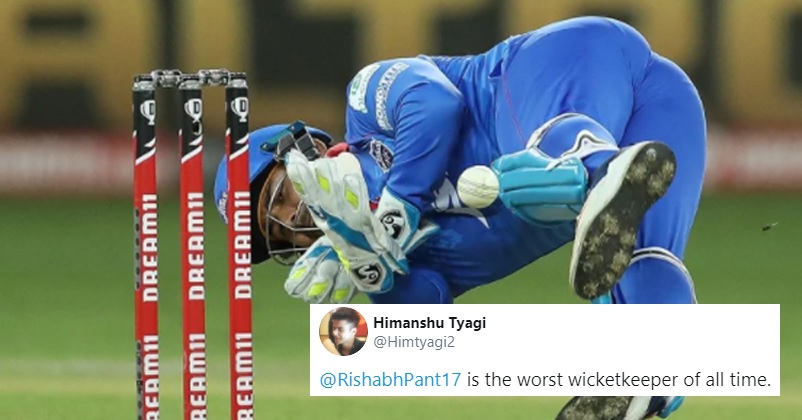 The Indian cricketer Rishabh Pant has a long history of getting trolled on social media networks as he was termed as the replacement of MS Dhoni but failed miserably when it came to performing with the gloves. Some of the former cricketers called him a special talent and there were several moments when he showed the spark but overall he performed below par with bat as well and what made people angry is the fact that he was given more chances in comparison to other youngsters despite failing most of the time. 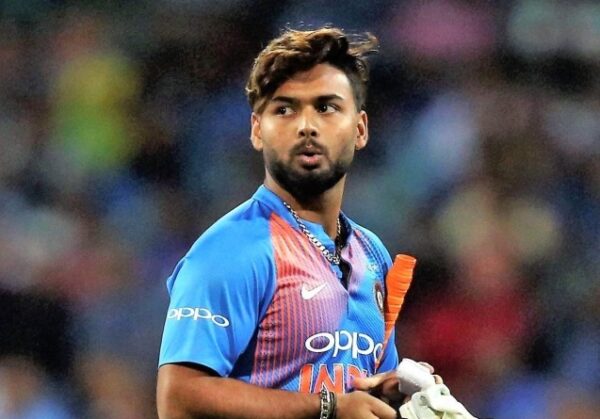 Presently, Rishabh Pant is playing for Delhi Capitals in the IPL 2020 and in the match against Kings XI Punjab, he was quite loud behind the wickets but he seemed to be out of touch while keeping the wickets. Pant returned to the field after recovering from the hamstring injury and he not only spoiled the run-out chance of Nicholas Pooran but also messed up in collecting the ball a few times.

Twitter users were in no mood to waste the chance of having some fun at the expense of Rishabh Pant and soon the micro-blogging site was flooded with memes and jokes on the wicketkeeper-batsman. Here are some of the selected reactions:

Rishabh pant passing comments from behind the Stumps.?

Rishabh Pant after irritating batsman from behind the wickets : pic.twitter.com/IHz2Fn1BuQ

Rishabh Pant to every bowler pic.twitter.com/XIwQihf6Di

Rishabh Pant behind the Stumps. pic.twitter.com/bjGNk4vHug

Rishabh Pant in every match:

While Batting While keeping pic.twitter.com/h6AwhSW12O

Nobody
Rishabh pant with no reason behind the wicket :- pic.twitter.com/JzaM6i8aiY

Everyone to Rishabh pant today: pic.twitter.com/oMOsPsHSxB

The world if Rishabh Pant put the amount of energy he does into screaming into trying to catch the ball properly…… #DCvKXIP pic.twitter.com/ruZcB7ries

As far as the match is concerned, KXIP won the match by 5 wickets with 6 balls still remaining to be bowled in their innings. Batting first, DC scored 164 runs at the loss of 5 wickets in the 20 overs and Shikhar Dhawan played a wonderful innings of 106 not out for which he faced only 61 balls. However, no other DC batsmen seemed comfortable against the KXIP bowling and Dhawan was adjudged as the player of the match. KXIP chased the target successfully with the help of Nicholas Pooran’s half century and some other small contributions from other batsmen.

DC is presently at the top of the points table with 7 wins in the 10 matches that they have played while KXIP is at the fifth spot with 4 wins in 10 encounters.

Which team do you think will take the trophy home in this IPL?