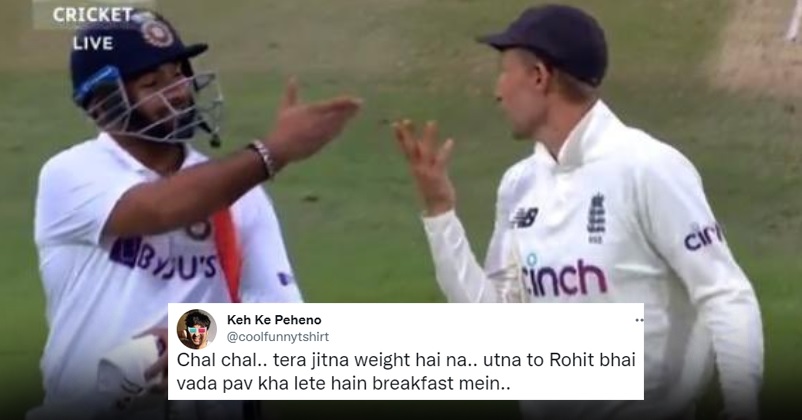 The Indian and English cricket teams are performing pretty well in the second test match which is being played at Lord’s and there is no doubt that both the teams won’t be leaving any stone unturned in trying to win the match. While India put up a decent score of 364 on the board in their first innings, the hosts took a minor lead with 391 runs in their first innings. 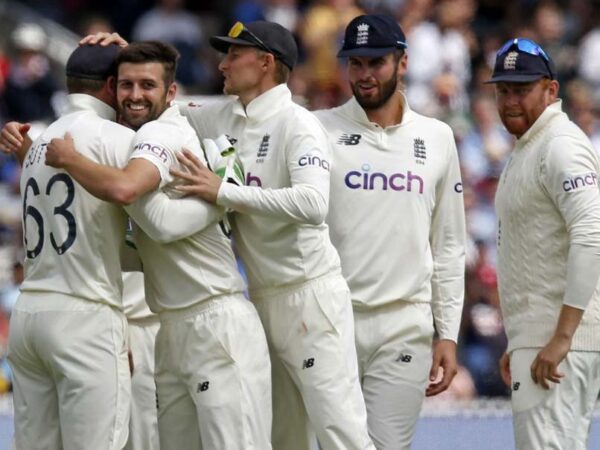 However, the Indian team didn’t have a good start in the second innings as both the openers KL Rahul and Rohit Sharma who batted well in the first innings were not able to repeat their success. What was more disappointing was that the Indian skipper Virat Kohli failed to make a big score once again, especially when his team needed him the most. The good thing for the Indian side was that Ajinkya Rahane (61) and Cheteshwar Pujara (45) stayed on the pitch for some time but after these two got out, Ravindra Jadeja was also sent back to pavilion quite early by Moeen Ali.

After that, Rishabh Pant was left with the responsibility of scoring runs with Ishant Sharma on the other end but soon the quality of light got deteriorated and the Indian skipper Virat Kohli and Rohit Sharma were seen making gestures to Rishabh Pant asking him to talk to the umpires about the bad light. When the Indian batsman talked to the umpires, they called off the fourth day game early and the English skipper Joe Root was not happy with it. 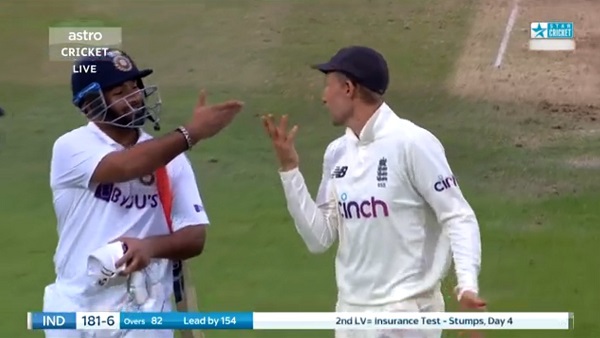 Joe Root was also making spinners bowl from both the ends keeping in mind the poor condition of the light and while returning to the dressing room, Joe Root and Rishabh Pant were seen having animated discussion which was, quite obviously, about the light. The pic of this discussion went viral and it gave Twitterati enough fodder to create memes and jokes and have some fun.

Pant to Root :- Heyyyy Root , when will your beard come out , how long will you remain a child ? 🤣🤣#ENGvsIND pic.twitter.com/CjVp4n8Cpl

Root : Why you guys are running away ?

As far as the match is concerned, the Indian squad has given the target of 272 runs to England to win the match and the latter has already scored 43/2 with Joe Root (20) and Haseeb Hameed (9) on the crease.

Which team has more chances of winning the match according to you or do you think that it will end in a draw? Let us know your views.