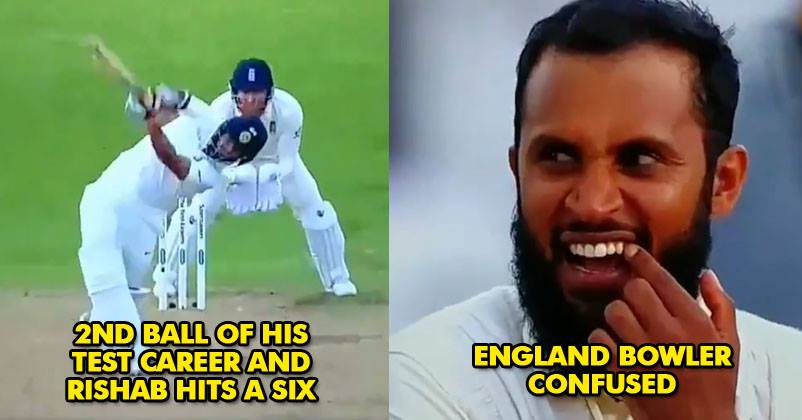 When we talk of debut matches, we normally expect batsmen to score 0 or 1 in the first ball. However, Rishabh Pant surprised us all by hitting a 6 in the 2nd delivery of Test match against England.

Adil Rashid was bowling to him & Pant hit a 6 with full confidence. Since India lost the first 2 test matches, changes were made in the team. Rishabh Pant, Jasprit Bumrah and Shikhar Dhawan were added to the team. On the other hand, Dinesh Karthik, Kuldeep Yadav and Murali Vijay were not a part.

We were joyous to see his humungous six. He scored 22 in the 1st day of the 3rd test match. India’s score was 307/6. However, when Pant hit this six, everyone was surprised. Even Rashid gave an unexpected expression after Pant’s shot.

What a way to score your first runs in Tests!

Pant dances down the track and clobbers Rashid for a six.

We wish Pant all the best for his future matches. He played like a boss.

Continue Reading
You may also like...
Related Topics:Rishabh Pant

Hardik Pandya Requested Twitter To Help People Of Kerala, Got Trolled Instead
This Indian Cricketer Is All Set To Join Politics. Twitter Is Happy And Welcoming Him