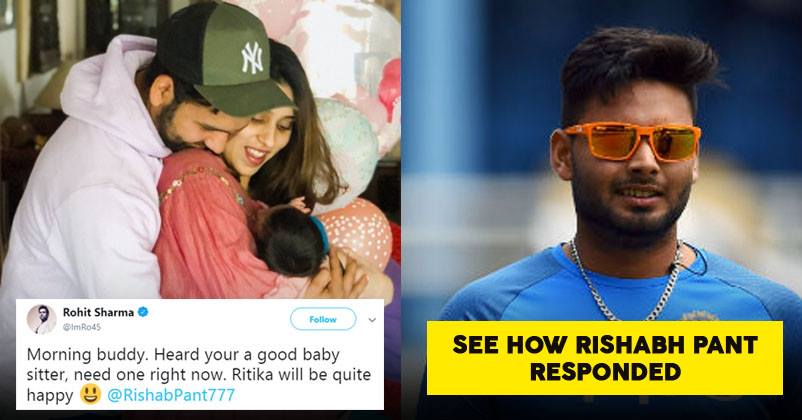 We are already quite aware how Rishabh Pant became quite famous not only for his on field performance but also when he got involved with a verbal banter with Tim Paine.

The Australian player infamously called him a ‘babysitter’, after which social media trolled him to bits; even The Bharat Army created a song for Pant praising for his performance

Now, recently Indian player Rohit Sharma and his wife Ritika Sajdeh became a proud parent to a baby girl. And Rohit Sharma refused to miss this opportunity to troll Rohit Sharma on Twitter. 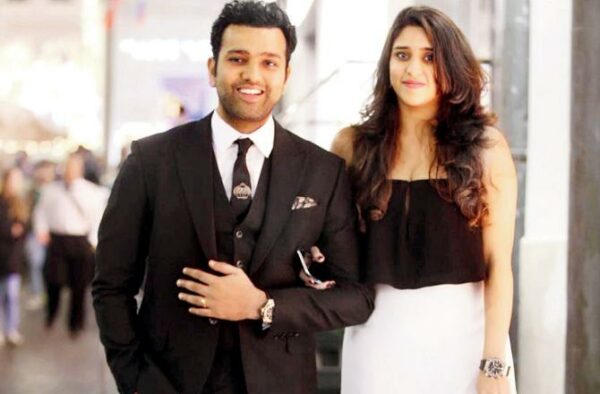 He hilariously tweeted that he and his wife would like Rishabh Pant to babysit their daughter, Samaira. Check out his tweet.

Morning buddy. Heard your a good baby sitter, need one right now. Ritika will be quite happy 😃 @RishabPant777 https://t.co/JkGWTYpnBk

To this, Rishabh Pant readily agreed on taking up this job. He also replied.

Even, Rohit Sharma’s wife was happy with the decision.

Now, among these the most significant piece of tweet is by Delhi Capitals. They are not going to give Rishabh pant the opportunity of babysitting.

They want Pant to play IPL first, though babysitting can always be considered later on.

We are sure uncle Rishabh would be happy to take care of baby Samaira! But not during IPL though 😉 https://t.co/yxAHa2UJmA

So, what is your thought about this?

Hardik Pandya And K L Rahul May Be Banned For The Next Two ODIs, BCCI To Take Final Decision.
Tim Paine’s Wife Invites Rishabh Pant Again For A Babysitting Gig. When Will It End?