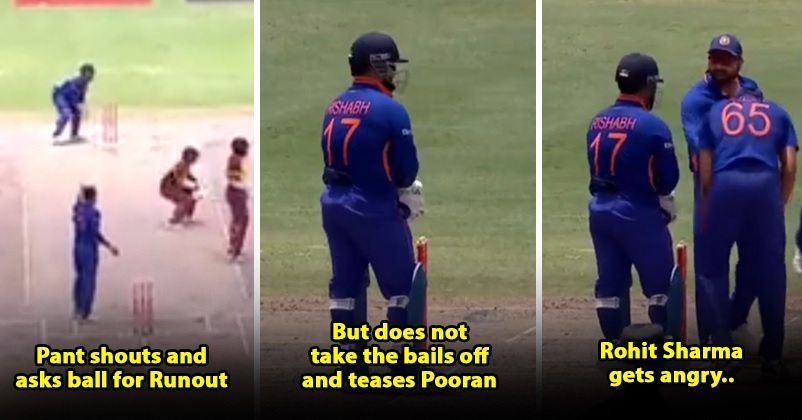 The young Indian cricketer Rishabh Pant is in good form nowadays and he has been performing pretty well for the team. Though India has won the 5-match T20I series against West Indies by 4-1 after winning the fifth and the last T20I of the series which was played yesterday at Central Broward Regional Park, Lauderhill, Florida, here we will like to tell you about an interesting incident which took place in the fourth T20I. 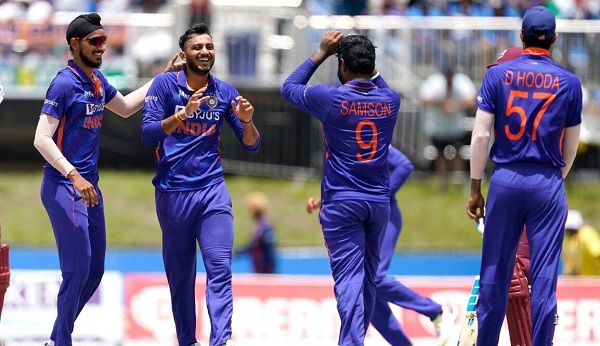 Things didn’t go well for the West Indians as they lost their top three early but the skipper Nicholas Pooran looked in great touch as he scored 24 runs in just 8 balls; he smashed 1 four and 3 sixes. Pooran was batting at the strike rate of 300 when he tried to steal a very difficult single of Axar Patel’s delivery but his partner Kyle Mayers refused to take the run after taking few steps. Nicholas Pooran was already at the middle of the pitch at that time and though he tried his best to reach the striker’s end yet a quick throw by Sanju Samson to wicketkeeper Rishabh Pant made things difficult for Pooran. 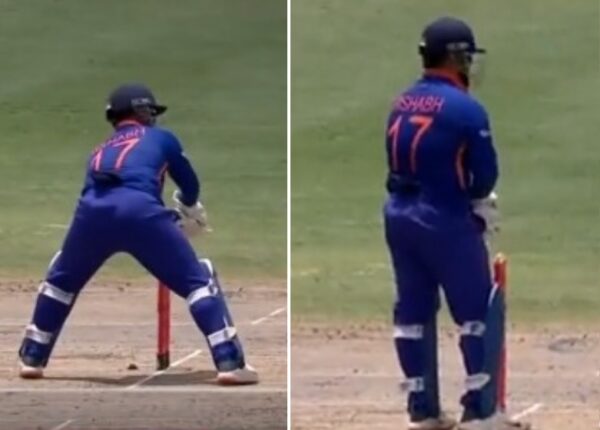 However, Rishabh Pant showed a very casual approach as he waited before removing the bails; when all the other players were celebrating, the skipper Rohit Sharma came to Rishabh Pant and scolded him for being careless. There is no denying the fact that if anything wrong had happened and Nicholas Pooran had survived, he must have created a lot of trouble for the Indians.

The West Indians got wrapped up at the score of 132 runs with 5 balls remaining in their innings.

What do you think of this incident? Do let us know.

“Show Them Some Respect,” Twitter Blasts Azharuddin For His Comment On Indian Women’s Team
“They Are So Impressive In IPL, Vo West Indies Ke Liye Kyun Nahi Khelte?” Asks Shastri To Kaif