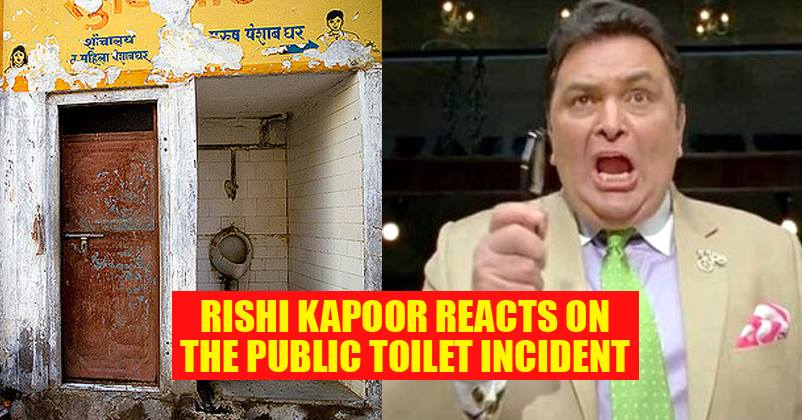 There have not been many days when veteran actor Rishi Kapoor showed an angry side of his personality on Twitter when he criticized Gandhi clan of naming chief assets of the country after them.

As per the actor, citizens of India must contemplate as to why all important landmarks of the nation are named after Gandhis and not known by names of many other legends like film stars, singers or other people who have actually made significant contributions.

We must name important assets of the country who have contributed to society. Har cheez Gandhi ke naam? I don't agree. Sochna log!

The series of tweets made by Rishi Kapoor on social media did not go well with Congress workers of Allahabad and to express their anger, they inaugurated a public toilet which was made by Nagar Nigam in Bahadurganj’s Shivaji Park, placing a board with the name of Rishi Kapoor outside the toilet. When the actor was asked to comment on the public toilet named after him, he stated that he was excited. Rishi further said that he would be useful for people this way unlike Congress party which is useless. He even went on to say that it’s something to be proud of since this venture is PM Modi’s pet project, as per the report of Mid-Day.

Sapna Vyas Patel’s Weight Loss Story Will Make You Go Like OMG!
Can B-Town Celebs Stoop So Low For Promotion? What Riteish Deshmukh Did Will Shock You