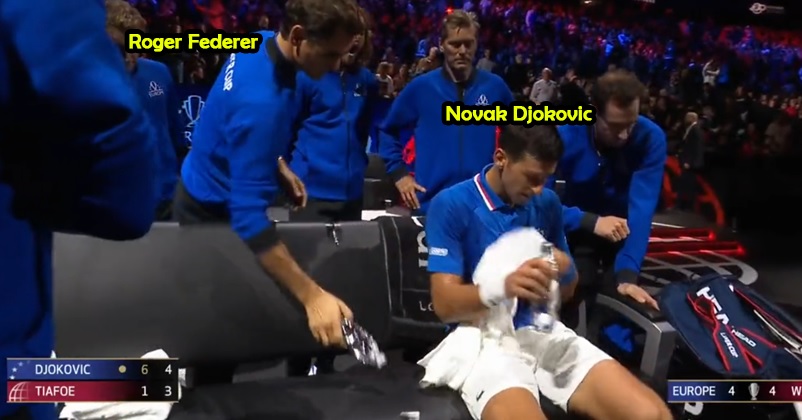 The photos and videos of Roger Federer’s farewell are still afresh in our minds and we don’t think we will ever be able to forget how Roger’s arch-rivals Rafael Nadal and Novak Djokovic cried on his retirement. While these three have been at their competitive best on the court, off-the-court they have been good friends and with each passing day, their friendship has become stronger. 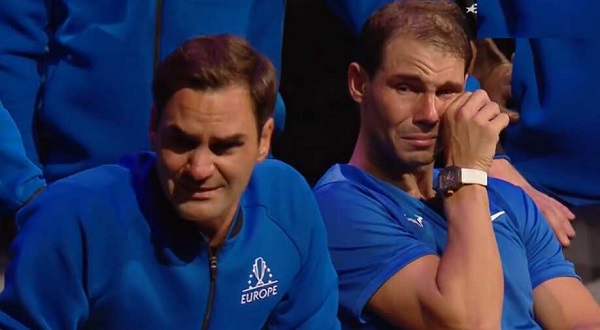 Roger Federer, the Swiss former professional tennis player, is one of the best of all times and when he bid goodbye to the game after an illustrious career of 24 years, there was not a single fan who did not cry. He played his final match at Laver Cup in London with Rafael Nadal as his partner and recently, he once again won our hearts when he turned into a water boy for his friend, Novak Djokovic. 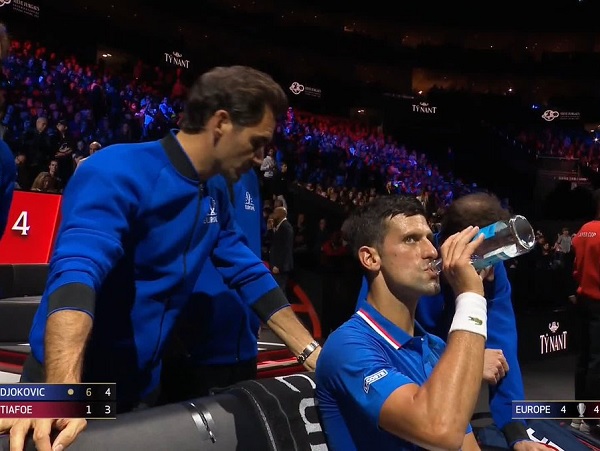 The official Twitter handle of Laver Cup posted a video of the same with the caption, “@rogerfederer: Always looking out for teammates. #LaverCup | @DjokerNole”

While Roger Federer has been a great player of the game, he is certainly a wonderful human being as well and this gesture once again shows that he is a man of character. Twitterati soon reacted on it and here are some of the selected tweets:

What a legend. He keeps on showing who he truly is every day.

That's what real leaders do. Lead by example whether playing, coaching, motivating and yes, providing water for mates. Love it!

Humility & grace from the GOAT. Salud

By coming together for Roger & despite the competitive sport, these guys have displayed dignity,grace & respect for each other, the true values of sports. https://t.co/2O7zQl4RHr

Humility at its best… ready to help in whatever capacity for his team! An act of kindness …. truly inspirational and doing this to one of his greatest rival!!!

“King Of Injury,” Fans Hit Out At Jasprit Bumrah For Missing T20I Vs SA But Playing 14 IPL Matches
Iceland Cricket Takes A Brutal Dig At ECB On India Vs Pakistan Proposal & You Can’t Miss It