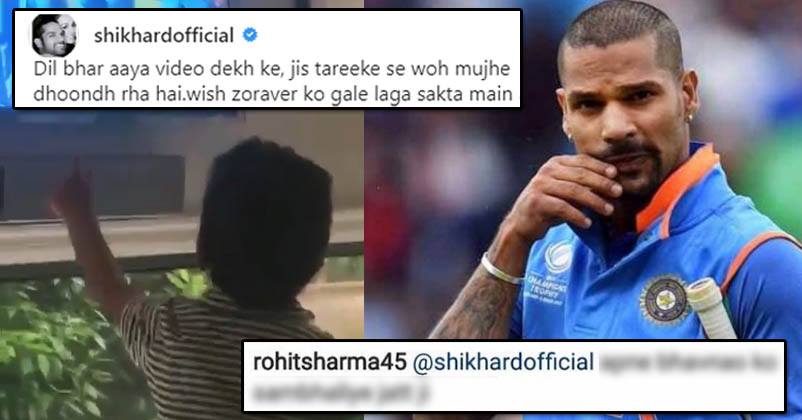 Currently, matches between India and New Zealand are going on & both have scored 1 point each. On 29th of October, the 3rd match of the series will be held at Kanpur.

He loves his son Zorawar to the core, and often, we see him share emotional moments on various social media platforms. Looks as if Shikhar Dhawan is missing his son too much, which is why he took to Twitter to share a video.

In the video, his son Zorawar is trying to identify his papa in the team, while they were singing National Anthem before the match. Here’s the video;

After watching the video, opener Rohit Sharma gave an amazing reply to him. He commented on Shikhar being too emotional;

To this, Shikhar Dhawan gave an equally amazing reply;

This was an amazing conversation, wasn’t it? What do you have to say about this?

Gautam Gambhir Speaks On National Anthem Debate. He Shut Down All Those Who Don’t Wish To Stand.
Shadab Khan Tweeted “Sorry Bhabi” To Sania Mirza. Reason Is Damn Hilarious