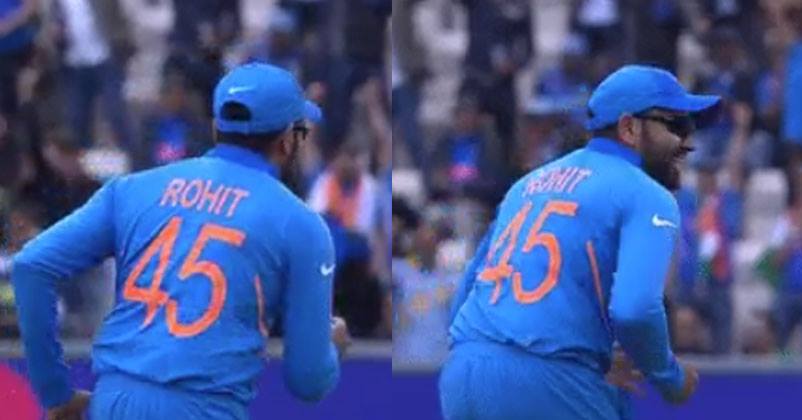 After a restless wait, Indian cricket team finally went on the battleground in The Rose Bowl in Southampton on Wednesday. South African opener Hashim Amla was the first one to lose his wicket to Bumrah when Rohit Sharma caught his ball mid-air. After taking the first wicket Rohit broke into impromptu dance on the field which took the internet by storm after it was tweeted by Cricket World Cup’s official Twitter handle.

When your team makes a blistering start to #CWC19! pic.twitter.com/jtTSAdissC

India is playing its first match of this year’s ICC World Cup against South Africa. SA won the toss and decided to go batting first.

South Africa only scored 34 runs with the loss of two wickets at the end of 10 overs. It is the worst start in the powerplay in this world cup championship.

Amla only scored 6 runs including a four off 9 balls.

Chahal has taken 4 wickets and South Africa finished its innings with 227 runs after losing nine wickets.