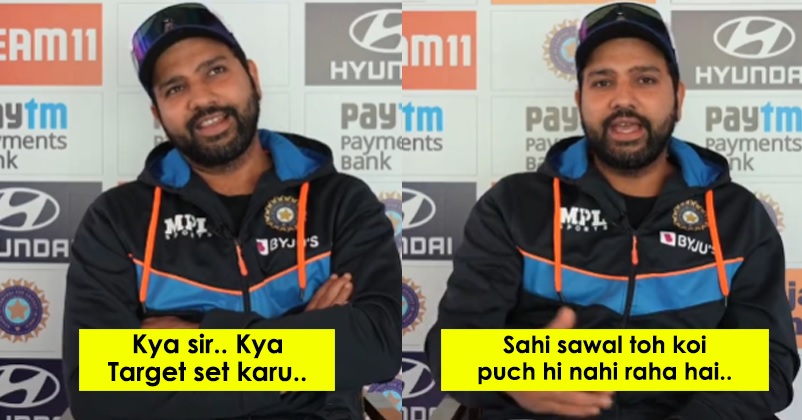 The Indian cricket team will play 2-match test series with the Sri Lankan squad and the first match of the series has started today (March 4) at Mohali. This is the first time that Rohit Sharma is leading the Indian side in the purest format of the game after being appointed as the skipper in all the three formats. Hitman is known for his jolly attitude and many times his funny side is displayed in the press conferences as well. Yesterday while interacting with the mediapersons, Rohit Sharma was in a good mood and when a journalist asked him about his target as he has played only 40-odd test matches till now, he said he hasn’t put any target for himself, now he only thinks about the team. 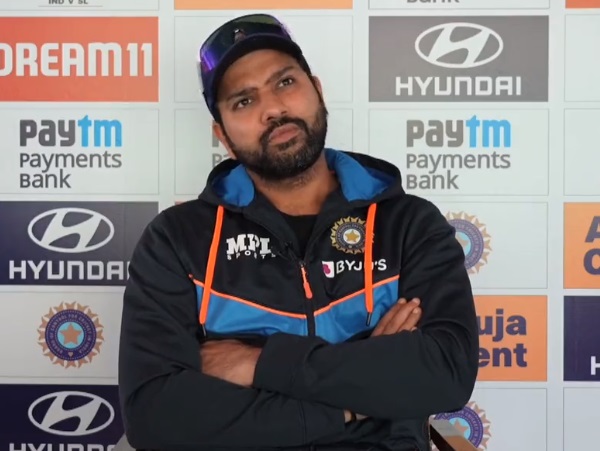 The Mohali test match is a special one because this is the 100th test match of the former Indian skipper Virat Kohli who is the 12th Indian cricketer to achieve this huge milestone. In the 99 test matches that Virat has played, he has scored 7962 runs at an average of 50.4 which includes 27 centuries and 28 fifties. The highest score made by Virat Kohli is 254 not out but presently he is going through a lean patch as he hasn’t scored a century in the last 2 years in any format of the game.

The Punjab Cricket Association announced initially that the test match will be played in closed doors but after understanding the importance of the match, it revoked its own decision and now after a long time, we will see crowd in the stadium during a test match. 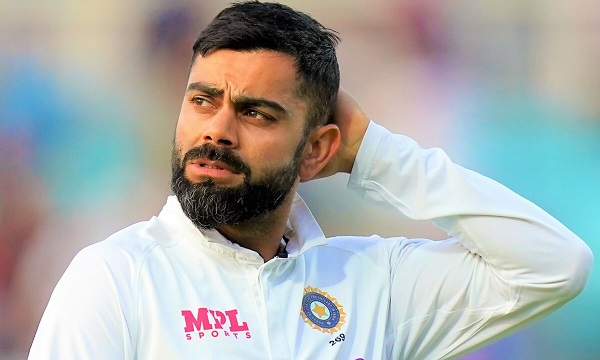 As far as the first test match is concerned, the toss was won by the hosts and they decided to bat first. At present, both the teams are having tea break and India has scored 199/4 with Rishabh Pant (12) and Shreyas Iyer (14) on the crease. Rohit Sharma (29) and Mayank Agarwal (33) gave a steady start to the Indian innings but it was Hanuma Vihari who displayed a lot of patience in scoring 58 runs for which he played 128 balls. The former skipper Virat Kohli missed his half-century by 5 runs and once again the hopes of his fans of seeing him scoring a big score got quashed.

Rohit Sharma is certainly a cool man, isn’t he?

“I Saw The Same With Dravid,” Ganguly Makes Huge Prediction About Kohli Before Mohali Test
Twitter Floods With Memes As Virat Kohli Again Missed His Century & Scored 45 In 100th Test