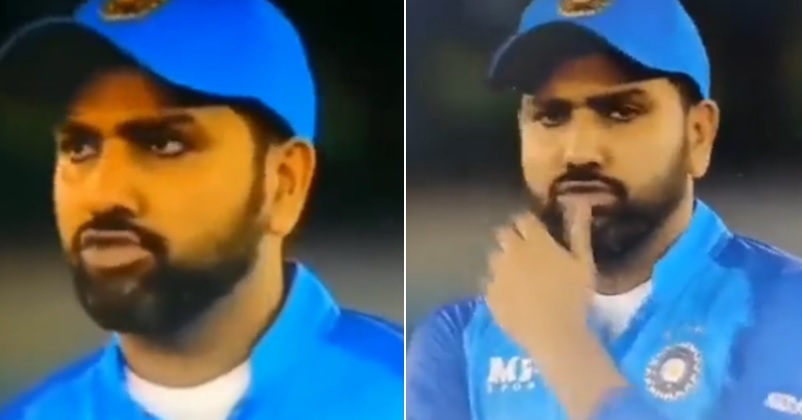 The 3-match T20I series between India and Australia started yesterday as the first match of the series was played at Punjab Cricket Association Stadium, Mohali, and the visitors clinched victory from the hosts in this thrilling contest with 4 balls remaining to be bowled. 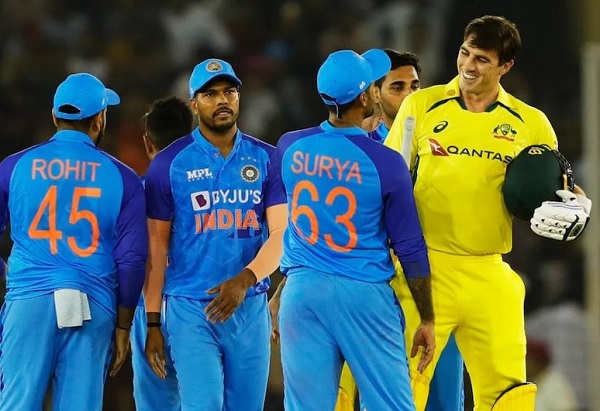 The Aussies were lucky at the toss as well and they chose to bowl first, they tasted success quite early as they dismissed skipper Rohit Sharma (11) and Virat Kohli (2) quite cheaply but KL Rahul (55 runs, 35 balls, 4 fours & 3 sixes) and Suryakumar Yadav (46 runs, 25 balls, 2 fours & 4 sixes) stabilized the Indian innings and gave a platform for a big score. The highlight of the Indian batting was Hardik Pandya’s brilliant knock of 71 runs not out for which he played 30 balls and his innings included 7 fours & 5 sixes. This helped India in posting a big total of 208/6 on the score board in its stipulated 20 overs. 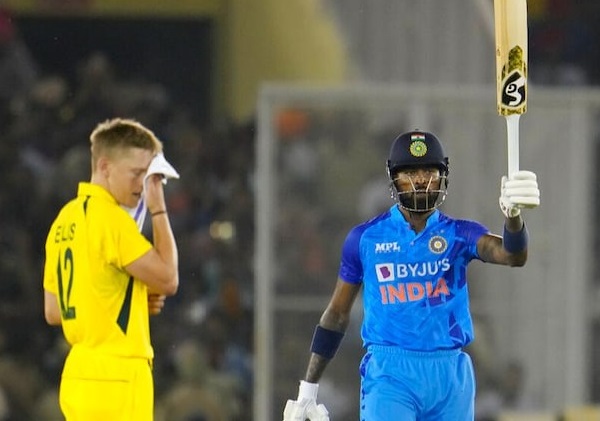 The Australian innings started pretty well as skipper Aaron Finch (22 runs, 13 balls, 3 fours & 1 six) and Cameron Green (61 runs, 30 balls, 8 fours & 4 sixes) produced a partnership of 39 runs for the first wicket. Though Cameron Green played a blistering knock yet early in his innings, he was trapped in front of the wickets by the Indian spinner Yuzvendra Chahal and despite Green’s efforts to shuffle, the ball hit his pads but neither the bowler nor the wicketkeeper Dinesh Karthik appealed for LBW. In the replay when it was shown that the ball Cameron Green would have gone to hit the stumps, the skipper Rohit Sharma was very annoyed and his anger was pretty visible in the manner in which he scolded the bowler and the wicketkeeper. 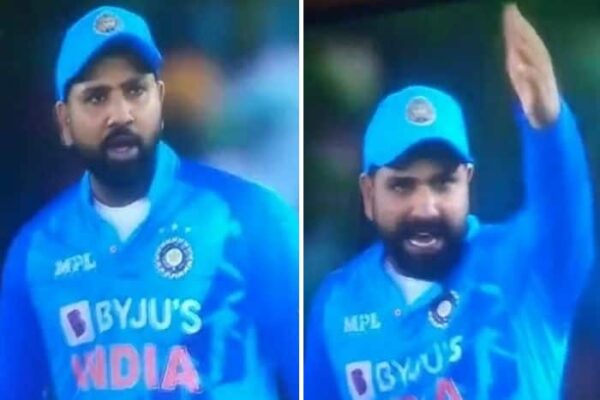 The former skipper Steve Smith also played a useful knock of 35 runs (24 balls, 3 fours & 1 six) and it was Matthew Wade (45 runs not out, 21 balls, 6 fours & 2 sixes) who played a smashing knock and ensured that his team went home as the winner. Australia scored 211/6 in 19.2 overs and the match ended with many questions for the Indian camp to answer as there is no doubt that the Indian bowling was lackluster and its fielding was also not up to the mark.

While Indian bowler Bhuvneshwar Kumar gave 52 runs in his 4 overs, Harshal Patel gave 49 runs in his full quota of overs and Yuzvendra Chahal conceded 42 runs in 3.2 overs. Axar Patel was the pick of the bowlers for the Indian side as he took 3 wickets and gave away only 17 runs in his 4 overs. Bowling in death overs is a big concern for India and if the players not able to defend a total of 208 in their home conditions, hoping them to win the T20 World Cup is too much to ask for.

What is your analysis of the Indian team’s preparations for the T20 World Cup? Do let us know.