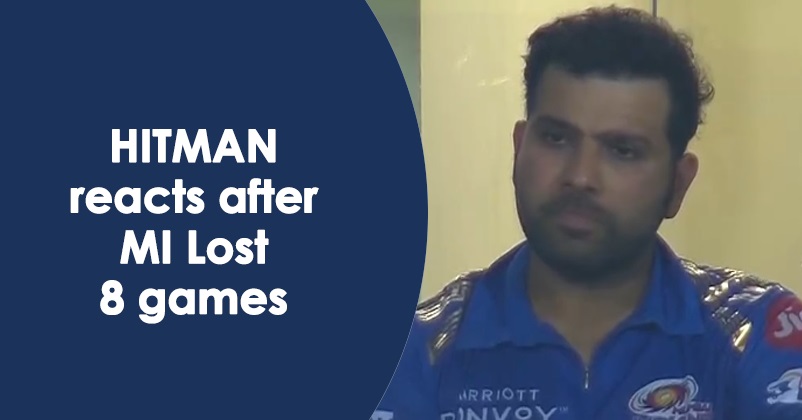 The five times IPL winner Mumbai Indians is going through a horrific phase in the IPL 2022 as yesterday it lost its 8th consecutive match and with this defeat, its chances of entering the play-offs have reduced to nil. MI faced the new IPL team Lucknow Super Giants in its 8th match which was played at Mumbai’s Wankhede Stadium and after winning the toss, it decided to bowl first. 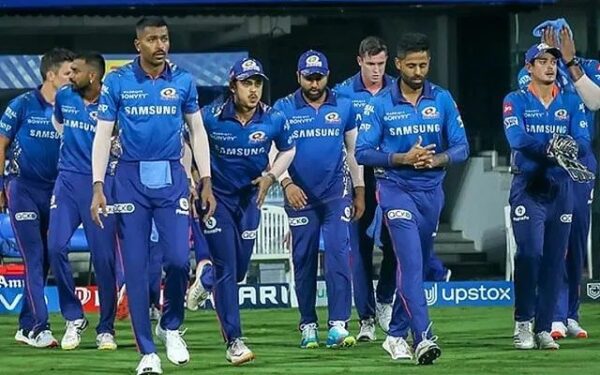 LSG skipper KL Rahul led from the front and played a captain’s knock as he remained not out at the score of 103 for which he played 62 balls. His innings included 12 fours & 4 sixes and he helped his team in putting up a competitive total of 168/6 in 20 overs.

The target was not huge considering the fact that MI has a very strong batting line-up but the MI batters once again failed in living up to the expectations and MI could manage only 132/8 in its 20 overs which resulted in LSG registering a comfortable win by 36 runs. Rohit Sharma was the highest scorer for MI as he scored 39 runs (31 balls, 5 fours & 1 six) and for LSG, Krunal Pandya was the pick of the bowlers as he took 3 wickets for 19 runs in his 4 overs. 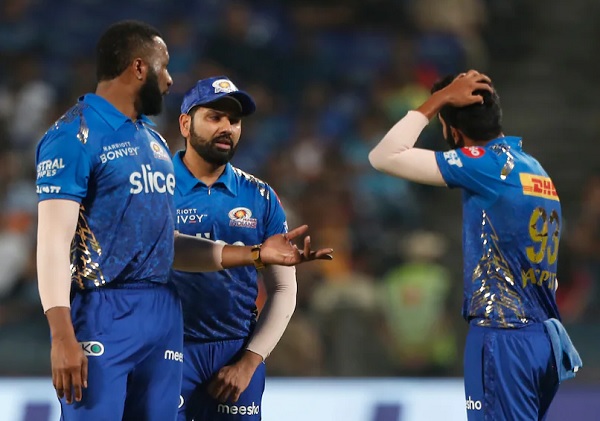 After MI lost its eighth match in a row, Rohit Sharma who is getting trolled a lot took to the micro-blogging site Twitter and made an emotional post in which he accepted that MI did not play to its capability but at the same time he wrote that it is something which has happened with many sporting giants. He adds that he loves the team and the environment plus he also thanks those who have remained loyal and supported the team in this tough phase.

Here is what Rohit tweeted, “We haven’t put our best foot forward in this tournament but that happens, many sporting giants have gone through this phase but I love this team and its environment. Also want to appreciate our well wishers who’ve shown faith and undying loyalty to this team so far”. 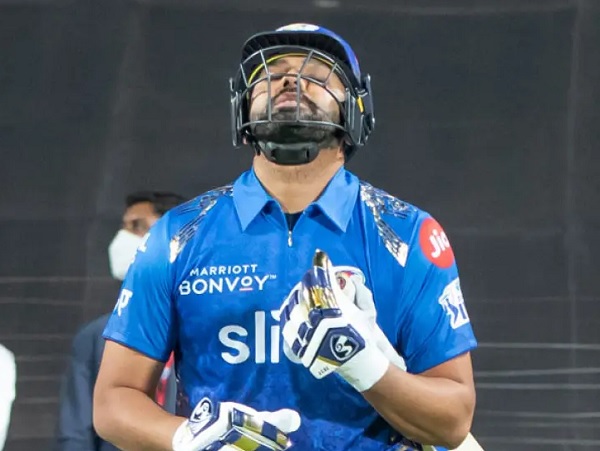 We haven’t put our best foot forward in this tournament but that happens,many sporting giants have gone through this phase but I love this team and it’s environment. Also want to appreciate our well wishers who’ve shown faith and undying loyalty to this team so far 💙@mipaltan

Here is how MI fans reacted:

We won’t give up, we will rise from the ashes again💙 #OneFamily

No problem Ro🥺
We aren't just your glory hunter.
We will stand with u through your thick and thins💙

Even if we end up losing 14/14. We fans will always be there to support. We have got 5 trophies more than anyone. We willl start fresh from next year. ❤️ #MumbaiIndians @ImRo45 pic.twitter.com/rJ57GDlYS2

Strong comeback champ. We all know bro. Be focus on your game no points table. Big fan

Make a strong comeback in the remaining games! ♥️

Always with U Rohit, U have given us tremendous moments of happiness, which many are searching from 10-15 years.
We all know Our team is growing, U r champion and we all know we will bounce back!!💙 pic.twitter.com/fbVoMmJZyZ

Few cricket experts feel that MI hasn’t been able to get the right composition because they spent a huge amount of Rs. 15.25 crore on just one player Ishan Kishan who is certainly not worth it despite the fact that he is very talented. Ishan Kishan has failed to make an impact in this season and in the last match against LSG, he played 20 balls before getting out on the score of 8 runs. Kieron Pollard is also going through a lean phase and this has definitely increased the problems for MI because Pollard is one of those players who have the capability to win matches single-handedly for their teams.

On the other hand, many social media users are also demanding that Arjun Tendulkar should be given a chance to play in the IPL 2022 as MI is left with nothing to lose so why it is not giving chances to youngsters in order to give them a platform to show their talent. What is your opinion in this connection? Share with us.

Smriti Mandhana Indulged In A Heated Discussion After She Got Mankaded
“Batting At No.3 Was Always My Dream,” Hardik Pandya Talks About His Form & Role In IPL 2022