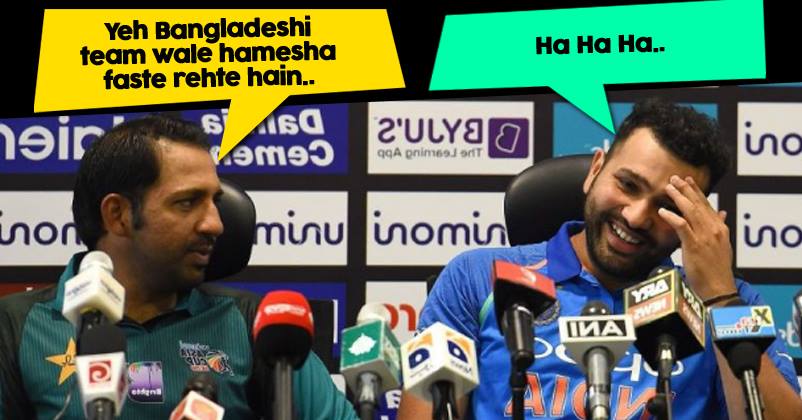 Asia cup has started on 15th September and the arch-rivals India and Pakistan have already clashed with each other. India has defeated Pakistan very comfortably and the Indian fans are feeling as their team has won the tournament. There is no doubt that the players of both the teams are desperate to win against each other but off-field, they are friends.

We got to witness some light moments during the press conference that took place before the start of Asia Cup in which all the six captains participated. The conversation took place mostly between Indian captain Rohit Sharma, his Pakistani counterpart Sarfraz Ahmed and Bangladeshi skipper Mashrafe Mortaza. The language used was Hindi as all three knew the language. 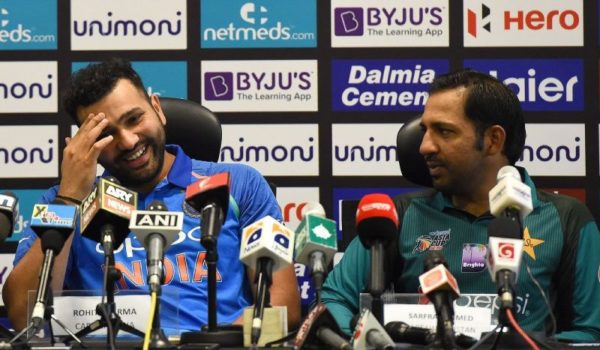 The main issue was about the controversy that involved a Bangladeshi player Sabbir Rahman who has been suspended for 6 months by the Bangladeshi Cricket Board for abusing a Bangladeshi cricket fan on social media. Mortaza told Rohit and Sarfraz that Sabbir was banned for 6 months earlier as well for beating a kid last December.

Rohit expressed his disbelief and asked Mortaza to control his players. It was quite visible that the Indian and Pakistani captains were enjoying the moments before the press conference.

Even arch-rivals have fun with each other off the field and this video proves it! What do you say?