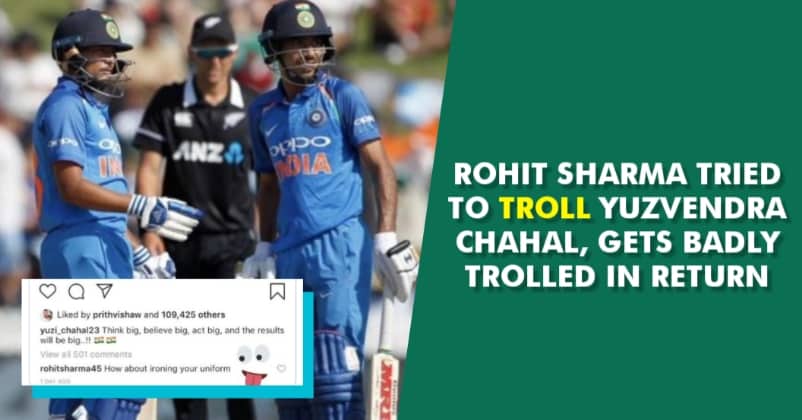 After the defeat inflicted by India on New Zealand on the ODI series, the New Zealand skipper, Kane Williamson is just too happy that his team bounced back. 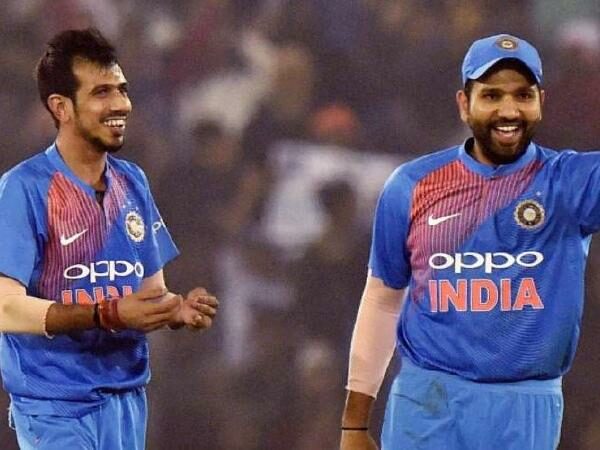 India Captain Rohit Sharma chose to bowl first which he realised was a great mistake on his part. But after the match was over, ICC posted a picture of him, where in the comments he was seen trolling Yuzvendra Chahal over his shirt. This angered our netizens and they started trolling and mocking him that how could he be doing this just after a disastrous defeat.

The tweets that followed were absolutely harsh but some were sarcastic and laughing at the loss. People were overall angry as they were defeated as fans as well.

@ImRo45 how about ironing your belly

@yuzi_chahal : How about you flatten your belly first, @ImRo45 bhaiya?

We had our biggest defeat in T20 just hours ago and here the captain of the team doesn't care about the loss and is having a lot of fun while we as fans are angry,sad after today's game

And all big of yours came out in 1st T20 game. Don't waste your career day dreaming of being a batsman.😂

U go h sleep #RohitSharma bhaii…do u think he is saying jokes…first u learn how to play as captain like #ganguly , #MSDhoni #ViratKohli

So, what is your opinion regarding this?

Virat & Anushka Get Trolled For Holiday Pics, People Want To Know Who Clicked Their Photos
Khaleel Ahmed Gets Badly Trolled On Twitter After India’s Loss In T20 Against New Zealand