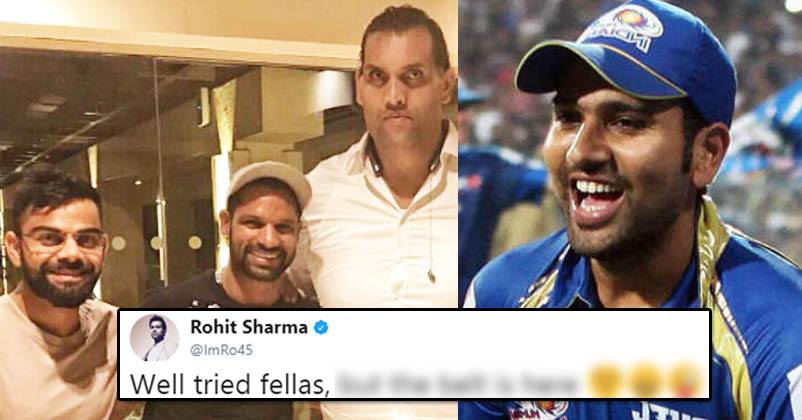 Twitter had a field day when Indian cricket captain Virat Kohli posted pics of himself with the WWE star The Great Khali on August 6, which was Friendship Day. 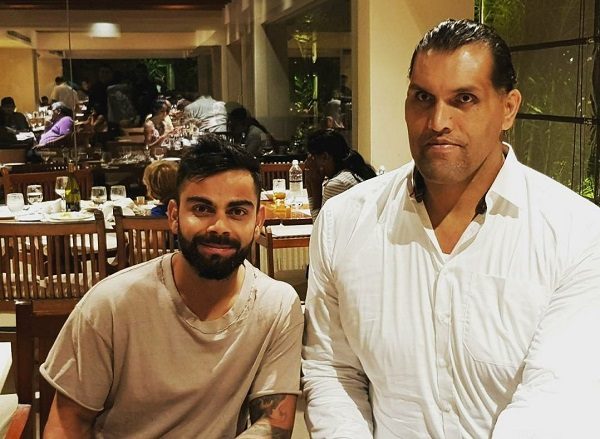 Most of the Twitter users wrote that rather than being friends’ day out, it appeared to be like ‘Baby’s Day Out’ and Khali seemed to be a father to kid Virat. 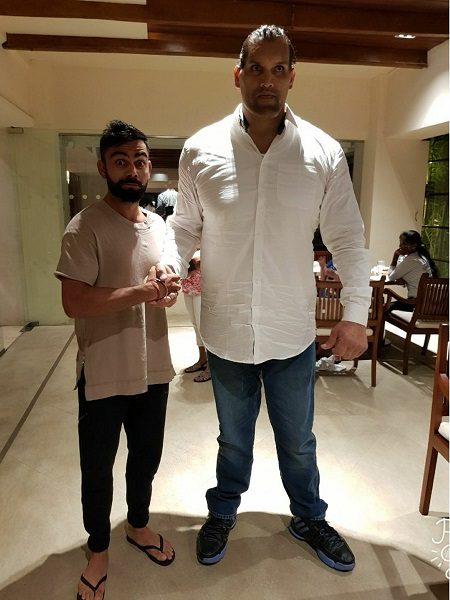 Virat posted these photos with caption, “It was Great to meet The Great Khali, what a guy!”

It was Great to meet The Great Khali, what a guy! 💪🤼 pic.twitter.com/FoUhHMWFcX

However, the Indian skipper was not alone to meet The Great Khali and there were other cricketers too as we can see in the pic:

Now Indian cricketer Rohit Sharma has trolled his teammates by tweeting “Well tried fellas, but the belt is here”. He also posted a photo which shows him holding the belt which is given to the winner of the championship.

Well tried fellas, but the belt is here 😉😄😜💪 pic.twitter.com/e7EQlsN0Hc

The Great Khali is the first Indian to enter the WWE ring and it was in 2007 that he won the WWE World Heavyweight Championship belt. Khali’s contract came to an end in Nov 13, 2014, after playing his last match on 31st October, 2014.

Rohit Sharma who is the captain of Mumbai Indian, the IPL team, received this belt as a gift from Paul Michael Levesque, Chief Operating Officer of WWE,  after they won the IPL record third time. The 14-time champion not only congratulated the MI team on Twitter but also told them that something special was going to reach them soon. He wrote “Congratulations, @mipaltan. @WWE has something headed your way! @WWEIndia.”

When the belt was received, Rohit posted a pic of himself holding the belt. 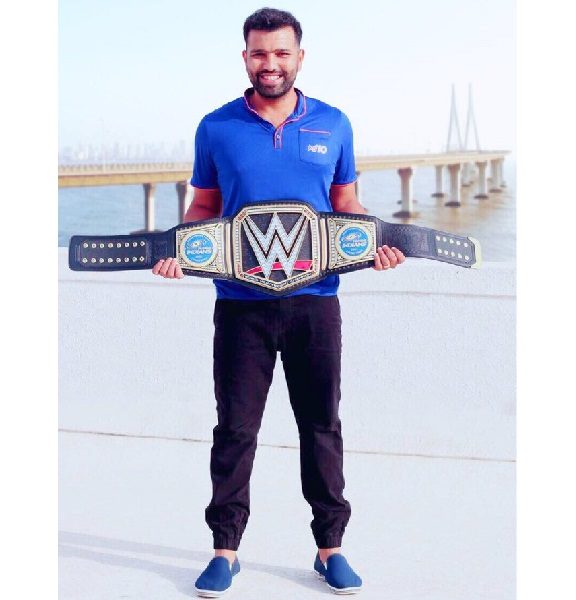 He shared the photo with caption, “This is unreal, to be holding this championship belt from the champion himself. Lot of fond memories. Thank you @TripleH & @WWE @mipaltan.”

😲 This is unreal, to be holding this championship belt from the champion himself. Lot of fond memories. Thank you @TripleH & @WWE @mipaltan pic.twitter.com/AMONfJn7tB

That was indeed a nice way to troll, Rohit!

The Indian team has already won the 2 test matches of the Indo-Sri Lanka series and will be looking to win the third one also to clean sweep the series.

Ever Wondered What Three Stars Above BCCI Logo On Team India’s Jersey Stand For? Read To Know
This Is Why Shoaib Akhtar Used To Run With Open Hands After Taking A Wicket