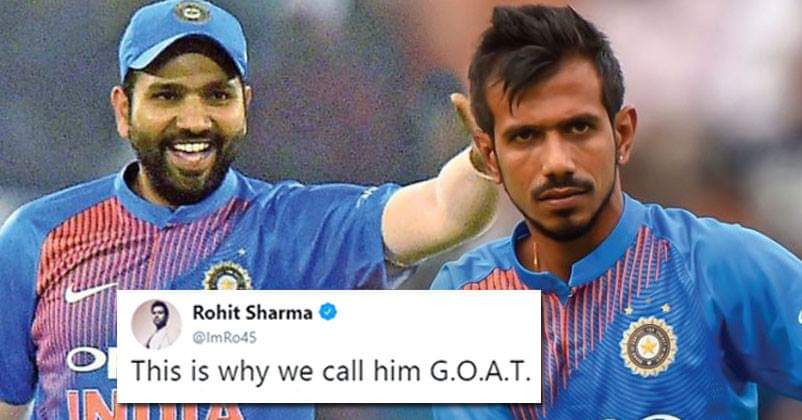 Social media is probably the only reason why we manage to get through our days without breaking down. Balancing personal and professional lives can be really hard, but social media can help you blow off some steam.

The same is applicable for cricketers as well. They’re constantly under tremendous pressure, and onus is on them to prove their capabilities to the world. So how do they keep themselves stress free? Through social media, of course!

It is a well known fact that Yuzvendra Chahal and Rohit Sharma are really good friends in real life, and just like your BFF, neither let goes of an opportunity to pull the other’s leg. 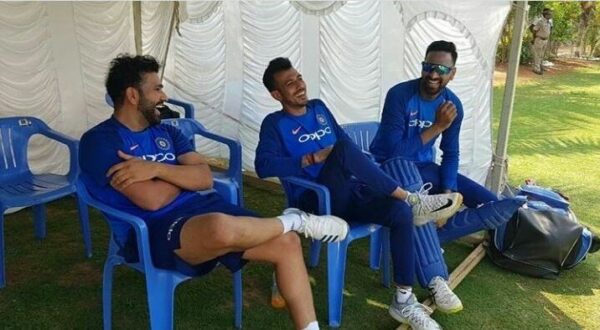 Their humorous banter has us in splits, and every time Rohit Sharma posts a picture on Insta, I find myself looking for Chahal’s comment on it.

Now as most of you know, Yuzi is known as the GOAT. That usually stands for Greatest Of All Time, but you can be sure that when Rohit calls Yuzi GOAT, it means something else entirely.

Recently, Rohit posted an image on Twitter which has Yuzi posing shirtless on the cover of a magazine. He seems to be flaunting his muscles, which unfortunately, are *ahem, ahem* not there.

This is why we call him G.O.A.T. Those muscles can be intimidating @yuzi_chahal pic.twitter.com/favF7DQvD7

This is what other fans had to say:

Rohit Sir, You need to go to Eye specialist. pic.twitter.com/rXaZmYxUAn

When Yuzi shows his muscles Rohit be like 👇🏻 pic.twitter.com/mFCd7tQp3o

Still Better Than This pic.twitter.com/UqjuEKU1wn

What do you think of Rohit – Yuzi’s bromance?