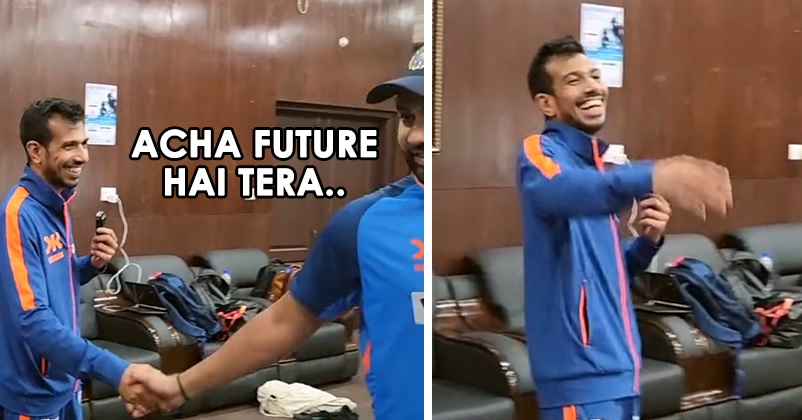 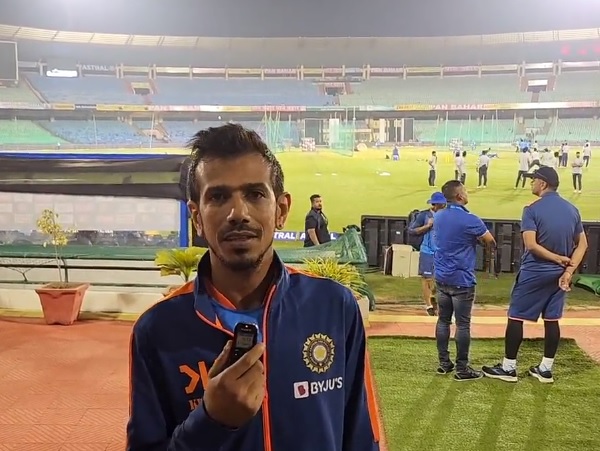 The Indian cricketer Yuzvendra Chahal may have been a part of the Indian squad but he hasn’t played many matches in recent times. He was included in the playing eleven for only one ODI against Sri Lanka in the 3-match series while in the ongoing 3-match ODI series against New Zealand, he has been benched for the first ODI and in today’s match also, he hasn’t been included in the playing eleven.

However, the spinner is still a very busy person as he has “Chahal TV” to telecast and recently he gave a tour of the Indian team’s dressing room to viewers but in the end, it was skipper Rohit Sharma’s comment that made everyone go ROFL.

In the video, Yuzi showed the comfortable chairs on which the Indian cricketers sit and he also had a chat with the Indian wicketkeeper-batter Ishan Kishan. Chahal further showed the massage table on which the players take massage if they have a problem in neck, back, etc. and it was then that Rohit Sharma passes by from there and makes a hilarious remark, “Acha future hai tera” (you have a bright future). 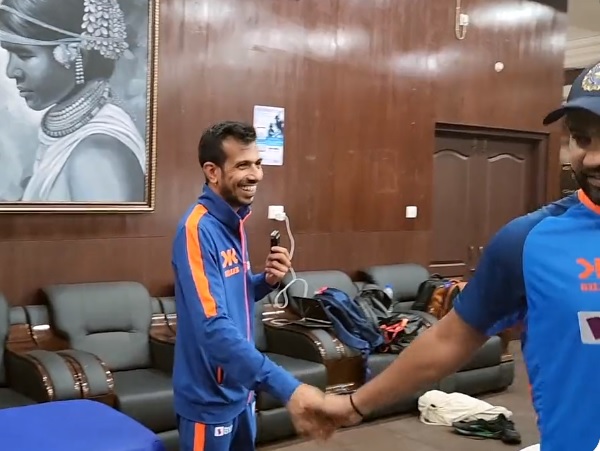 Rohit’s comment left Chahal in splits and he shook hands with the skipper.

Here is the video which was posted by the BCCI:

Inside #TeamIndia's dressing room in Raipur! 👌 👌

We will certainly like to see Yuzvendra Chahal more on the ground but he may not be getting a chance to play as Kuldeep Yadav is performing well.

Kapil Dev Has This Valuable Advice To BCCI & Selectors In Regard To Hardik Pandya’s Captaincy
MS Dhoni Retired From International Cricket But Still Can’t Participate In SA20, Here’s Why