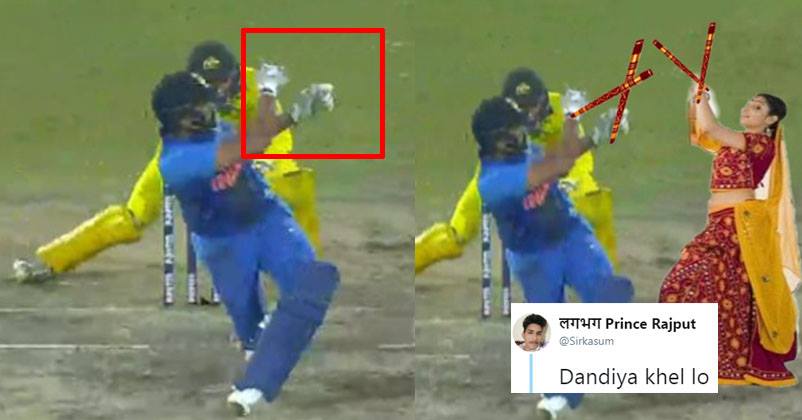 The Indian cricket lovers are in a state of deep shock after the yesterday’s defeat of team India in the fifth ODI against Australia which was played at Feroz Shah Kotla stadium, Delhi. With this victory, Australia went on to win the ODI series by 3-2 and this is for the first time that they have won any series after trailing by 0-2.

As of the yesterday’s match, Rohit Sharma can be called the lone fighter among the top order of team India but the manner in which he got out has given social media users a chance to create funny memes and jokes. Rohit scored 56 runs and this was his 41st ODI half-century and during this innings, he also become the third fastest cricketer to surpass the 8000 runs mark. 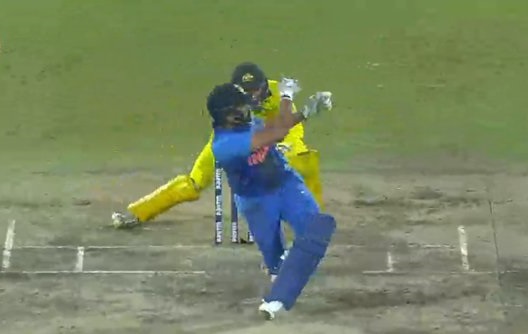 As his partners were in a haste to return to dressing room, he decided to go for big shots and on a delivery bowled by Adam Zampa, he went out of the crease to hit the ball but as he played the shot, his bat flew in the air from his hands and the ball went to wicketkeeper Alex Carey who didn’t miss the chance of stumping Rohit Sharma. In this situation, Rohit was left with an option of standing and watching his own dismissal while his bat dropped at the short fine-leg.

This strange dismissal motivated many creative people to create some hilarious memes and here is collection of some really good ones for you:

Only batsman in the world who can bat without bat. Rohit Sharma is a legend! pic.twitter.com/elRQ4syxL5

When you forget attachment while sending the email. pic.twitter.com/XycCTy2WAq

In the fifth ODI, Australia won the toss and decided to bat first, the decision proved to be quite correct as the Australian batsmen gave a target of 273 runs to their Indian counterparts with the help of a ton scored by Usman Khawaja. This was a respectable score and quite chasable for the Indian team considering the strong batting lineup. However, the hosts were all out for 237 runs and lost the series as well with the match. The Indian team players must be very upset as losing a series after leading with 0-2 is kind of embarrassing and that too, what would hurt more is the fact that they have lost on their home ground.

Before this series, the Indian cricket team was considered as favourites for the upcoming World Cup but Australia has certainly turned the tables upside down and it is a good time for Indians to do a reality check.

What are the chances of team India in the World Cup as per your opinion? Do let us know.