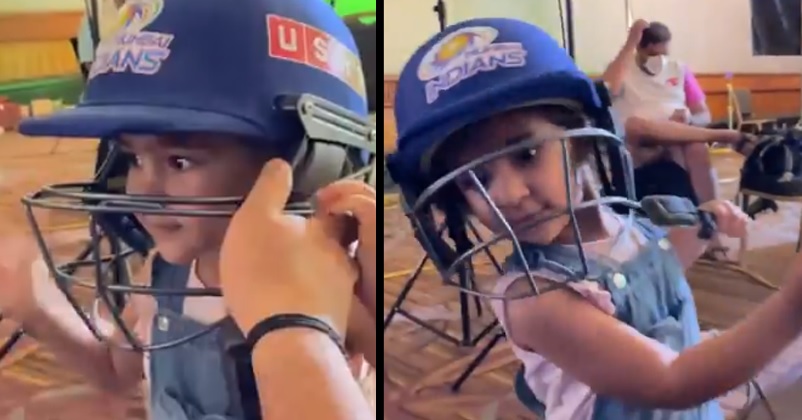 One of the biggest sporting events of the world, the Indian Premier League 2021 is all set to start from April 9 with the opening match to be played between Mumbai Indians and Royal Challengers Bangalore. There is no doubt that Rohit Sharma led Mumbai Indians will be the favourites to win the tournament as they are going pretty strong and have won the IPL five times which makes them the most successful team of the league.

MI also won the IPL 2020 which was conducted in UAE due to the coronavirus pandemic and it became the second team to defend the title. Well, if the Mumbai team wins the IPL 2021 too, it will a hattrick for them and a big reason to rejoice for their fans. The MI skipper Rohit Sharma joined the MI camp one day after the India-England 3-match ODI series got over along with his wife Ritika Sajdeh and daughter Samaira.

On Wednesday, the official Twitter handle of Mumbai Indians has shared a lovely video in which Rohit Sharma and his wife are seen having a great time with their daughter Samaira. In the video, Hitman makes Samaira wear his helmet and says that she looks like a wicketkeeper while his wife says that Samaira is looking like Rishabh chachu (Rishabh Pant). 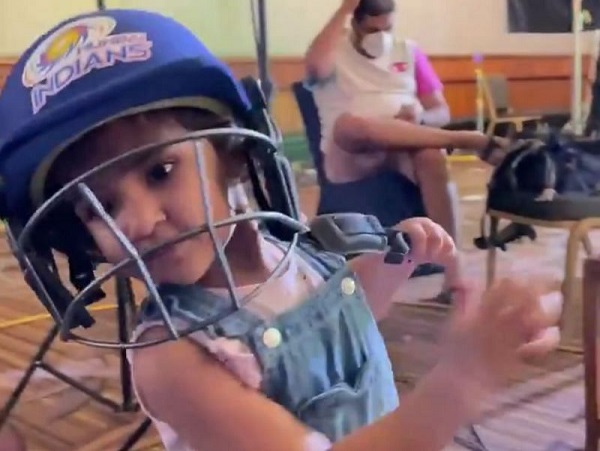 It will not be wrong to say that all other teams will certainly find it very difficult to stop the storm of Mumbai Indians in the IPL 2021 as most of its players such as Hardik Pandya, Krunal Pandya, Ishan Kishan, Suryakumar Yadav along with the skipper seem to be in good form and Jasprit Bumrah is also ready to make a comeback on the field after his marriage with Sanjana Ganesan.