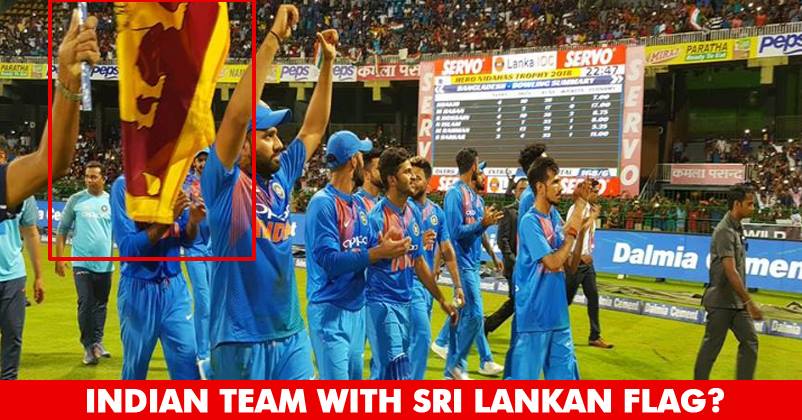 The Indian team clinched victory from the jaws of Bangladeshi team in the finals of Nidahas trophy with Dinesh Karthik scoring 29 runs of just 8 balls.

The Indian as well as Bangladeshis fans were present in huge number in R. Premdasa stadium and interestingly, team India got the support of Sri Lankan fans too as they were already not happy with the manner in which the Bangladeshis behaved after defeating their team in the semi-finals.

Usually the winning team’s captain takes a victory lap with the flag of his country but after the finals, Indian skipper Rohit Sharma did something which increased respect in the hearts of not just Sri Lankans but also Indians. 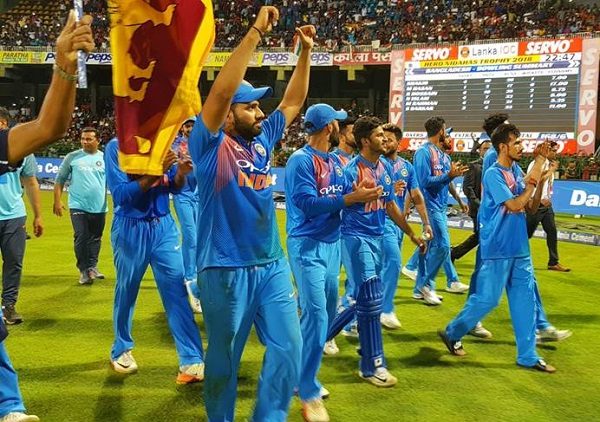 Rohit and his team did take a victory lap but with the Sri Lankan flag as a gesture of thanks to the Sri Lankans for wonderful support that they showed for team India.

Dinesh Karthik, the man of the match, also thanked the Sri Lankan fans for the love and support.

In the presentation, Rohit thanked Sri Lankan supporters as he said,

“Brilliant for the crowd who came out in numbers, on behalf of my team, would want to thank the Sri Lankan crowd for coming out and supporting the way they did.”

Washington Sundar was the Man of the Series and we congratulate the Indian team for winning Nidahas Trophy.