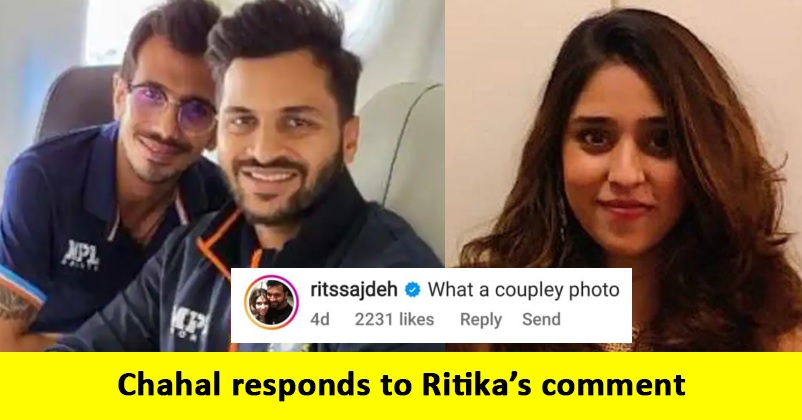 The Indian spinner Yuzvendra Chahal is celebrating his 32nd birthday today in Trinidad as he is a part of the Indian squad which is touring West Indies where it will play 3 ODIs and 5 T20Is. The cricketer who is also known for his great online presence made his debut at the international level in 2016. Since then, he hasn’t looked back and has proved his worth many times by giving match-winning performances. 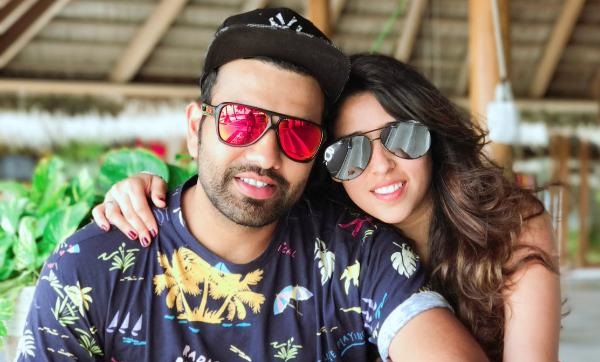 Yuzi is known for his great sense of humour too and he shares a great bonding with the Indian skipper Rohit Sharma whom he often refers to as Rohitaaa Sharmaa in his posts. Chahal was once again at his witty best when Hitman’s wife Ritika Sajdeh tried to troll him in regard to a photo which featured Yuzi with Shardul Thakur.

Yuzvendra Chahal and Shardul Thakur posted the photo which was taken mid-flight when the Indian team flew for West Indies from England and captioned it as, “Journey to the Caribbean Islands”. 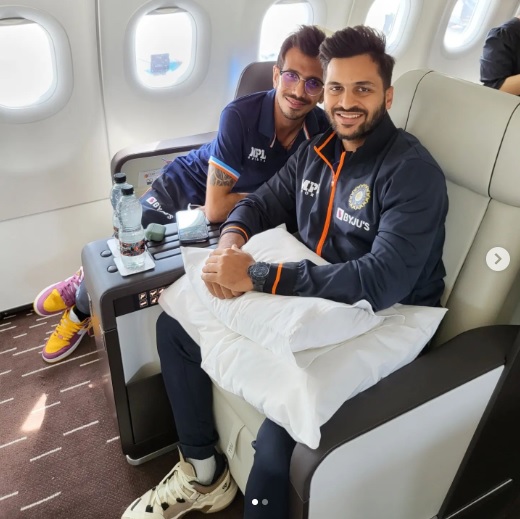 The Indian skipper’s wife tried to have some fun by calling it a coupley photo:

To this, Shardul Thakur responded by saying that the pic looks coupley because they have taken their (Rohit and Ritika’s) seats.

However, the Indian spinner Yuzi came up with a great response as he wrote that coupley photo is always with his Rohitaaaa Sharmaaaa and at the same time, he also wrote #loyalty in his comment.

This is not the first time that Yuzi and Ritika have engaged in a funny banter, earlier also they have made their online followers laughed.

The Indian team is being led by Shikhar Dhawan in the ODIs and the visitors have taken a lead of 1-0 by winning the first ODI which was played yesterday at Queen’s Park Oval. Shardul Thakur and Yuzvendra Chahal took 2-2 wickets each in the match and the second ODI will be played tomorrow at the same venue.

How Much BCCI Spent On Chartered Flight To West Indies From Manchester Will Make Your Eyes Wide
Ajinkya Rahane Asks Twitterati To Recommend Shows & Movies To Watch On Weekend, Gets Trolled