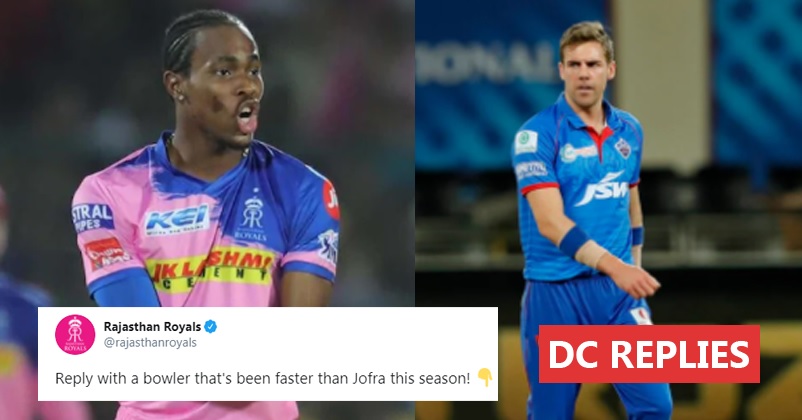 Delhi Capitals is sitting at the top of the IPL 2020 points table with 6 wins out of the 8 matches that have been played by the team and the skipper Shreyas Iyer is certainly leading the team from the front. The players of DC are performing great in all the fields whether it is batting, bowling or fielding and in the match against Rajasthan Royals, they once again proved themselves superior to the Rajasthan team.

What was noticed the most in DC vs. RR encounter was the fast bowling of South African pacer Anrich Nortje who was included in the DC team in place of Chris Wokaes. Anrich Nortje is not only taking wickets for his team but he is also making life difficult for the opposition batsmen by bowling at a very high speed. In the match against RR which was played yesterday at the Dubai International Cricket Stadium, Anrich Nortje touched the mark of 156.22 kph which is the highest in the history of IPL.

This also gave a chance to Delhi Capitals’ official Twitter handle to troll Rajasthan Royals on the micro-blogging site Twitter. Earlier RR made a tweet asking the name of a bowler who has bowled faster than RR bowler Jofra Archer. 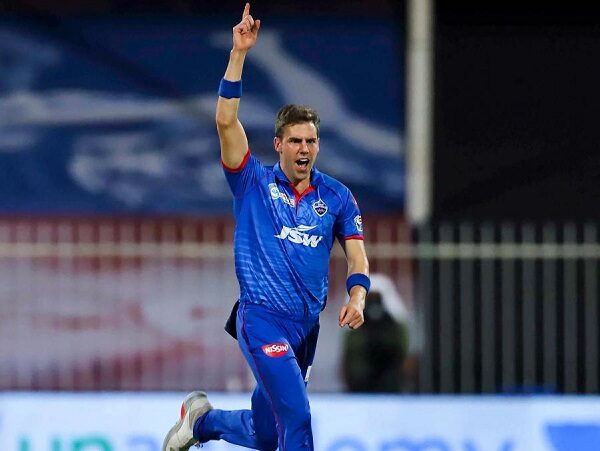 This is what RR tweeted, “Reply with a bowler that’s been faster than Jofra this season!”

Reply with a bowler that's been faster than Jofra this season! 👇 ⚡️#SRHvRR | #HallaBol | #RoyalsFamily | #IPL2020

DC took a jibe at RR by commenting, “What is the procedure to reply with Anrich Nortje? #DCvRR”

In the match against RR, Anrich was in superb form as he took 2 wickets in his 4 overs and was also adjudged as the player of the match for his brilliant bowling.

As far as the match is concerned, DC won it by 13 runs. Batting first after winning the toss, DC put up a decent total of 161/7 on the board with the help of Shikhar Dhawan’s 57 and skipper Shreyas Iyer’s 53.

Though the start of RR was quite good, they were not able to maintain the momentum and could score only 148/8 in the stipulated 20 overs. Ben Stokes was the top scorer for RR with 41 runs and Anrich took 2 important wickets of Jos Buttler (22) and Robin Uthappa (32).

Well that was quite a good response by DC to RR’s tweet. What do you say?