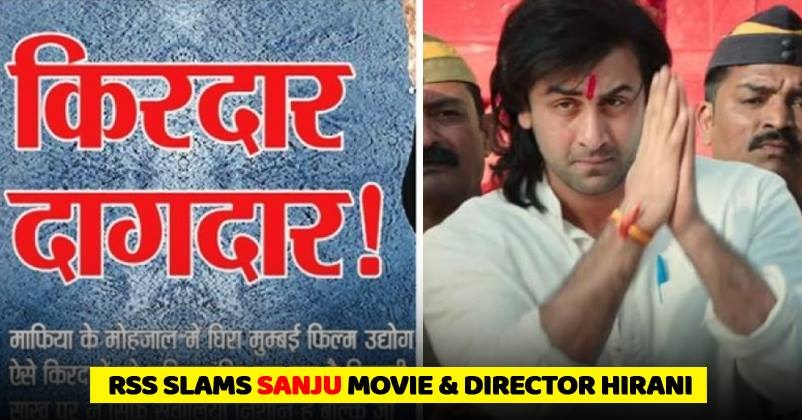 Sanju has become Bollywood’s most loved film of 2018 and is close to touching the 300 crores mark which is highest this year. However, this doesn’t stop a section of audience, media and communities from finding faults behind the intent of filmmaker Rajkumar Hirani.

Even though Hirani stated before the film release that he has not tried to project Sanjay Dutt as clean man, many people think that the real intent of the film was to whitewash his image.

Now even RSS has joined the large section of people as their official newspaper questioned Rajkumar Hirani for trying to make Sanjay Dutt a youth icon.

According to News 18, the story by the newspaper has called Sanjay Dutt a criminal and have alleged the film for whitewashing his image. 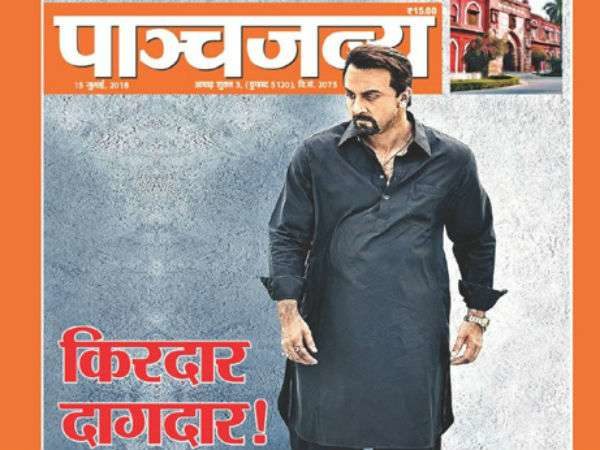 Titled ‘Kirdaar Daagdaar’ (tainted character), the article has heavily criticised Rajkumar Hirani for glorifying Dutt and making him a role model for the younger generation despite his criminal past. Questioning his intent behind helming the film, the RSS asks him-

“Why did you feel the need to make a film based on someone like Sanjay Dutt? as it to whitewash his character or to milk the box office?”

Do you think RSS is right?

Arjun Kapoor Is In Love With This Actress. He Himself Admitted
People Said “Sanju” Is An Attempt To Whitewash Sanjay Dutt’s Image. Here’s How The Actor Reacted