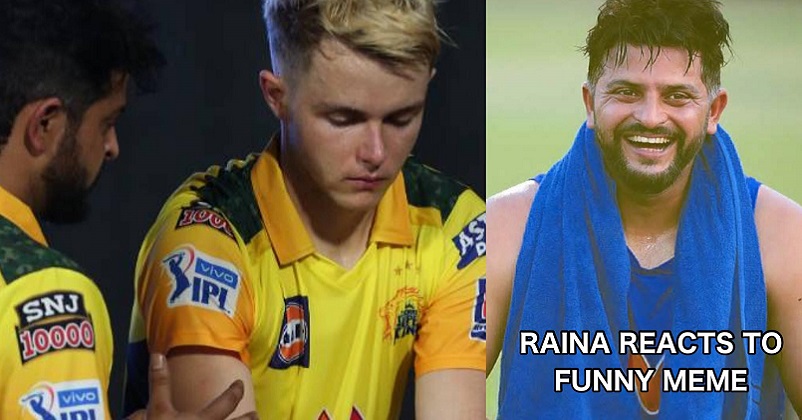 The IPL team Chennai Super Kings has a reputation of preferring old players to the youngsters and many times the franchise has got trolled as well for this on the social media platforms. However, the inclusion of Sam Curran in MS Dhoni led CSK was quite a surprise for everyone as he is pretty young and his clean shave look makes him look more innocent and younger. 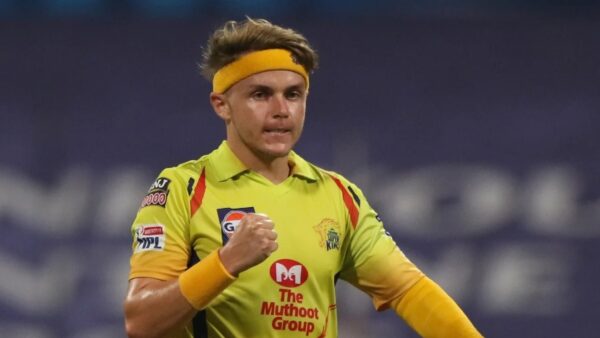 The memers are always ready to come up with funny content on any issue and soon 22 years old Sam Curran became one of the favourites of creative memers and many memes have been created on him.

Recently, a video was released by the Chennai franchise in which Sam Curran reacted to the various memes that have been made on him.

There is one more meme which is getting viral and in these meme, the CSK cricketer Suresh Raina is seen having a conversation with Sam Curran. 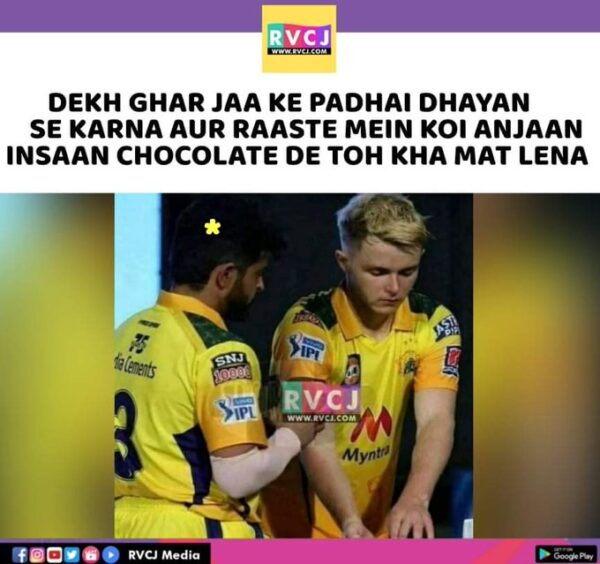 As per the caption, Raina is telling Sam Curran to focus on studies after returning home and not to eat chocolate if any stranger gives it to him.

The meme was noticed by Suresh Raina and he also posted laughing emoji in its reaction on the micro-blogging site Twitter.

The IPL 2021 got postponed indefinitely as some players and staff members tested COVID-19 positive. CSK was performing pretty well this time and it was on the second spot with 5 wins and 2 defeats in the 7 matches that it has played. CSK which is the second most successful team with 3 IPL wins had a nightmarish IPL 2020 and it was the first time that it was not able to reach the play-offs. Talking about the most successful team of the IPL, it is Mumbai Indians which has won the IPL five times.