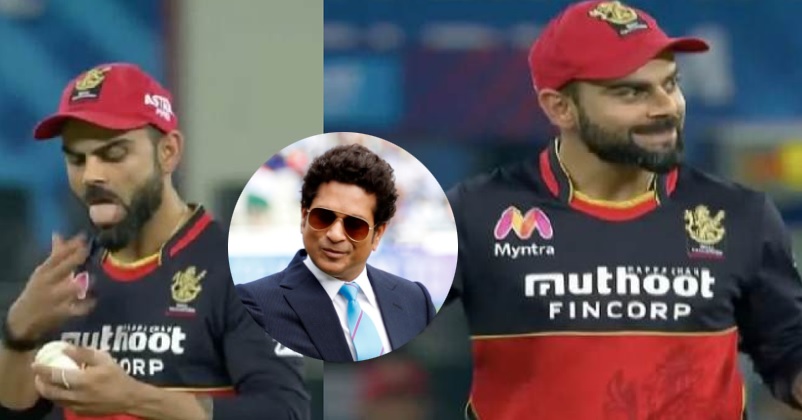 The IPL 2020 is being played with a lot of precautions as the world is fighting against the coronavirus pandemic and recently Virat Kohli, the skipper of Royal Challengers Bangalore, almost committed a big mistake which was a violation of COVID-19 protocols. 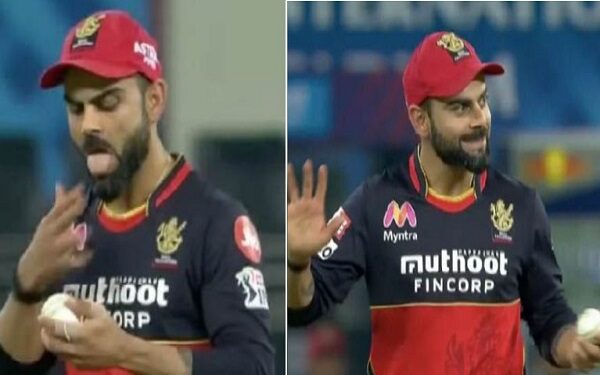 In the match between RCB and DC, the DC batsman Prithvi Shaw played a shot towards the covers on the bowling of Navdeep Saini which was the third over of DC’s innings but Virat Kohli exhibited great athleticism and fielded the ball. However after that, he wasn’t able to control himself and cleaned the ball and was about to rub his saliva on it but then suddenly he realized that it’s prohibited, he removed his hand from the ball and made a gesture implying sorry.

The reaction of Virat Kohli was loved by many and one of them was the legendary former cricketer of India, Sachin Tendulkar. Little Master took to the micro-blogging site Twitter and called Virat’s reaction a million dollar one.

Here is what Sachin’s tweet read, “What an incredible shot by @PrithviShaw there! A million dollar reaction by @imVkohli after almost applying saliva on the ball. Sometimes instincts takeover! RCBvDC #IPL2020”

What an incredible shot by @PrithviShaw there!

A million dollar reaction by @imVkohli after almost applying saliva on the ball.

Usually, the cricketers are habitual of rubbing their saliva on the ball in order to make it shine but as per the new rules, use of saliva is banned because it may result in the spread of lethal coronavirus. In the present conditions, if Virat had rubbed saliva on the ball, he would have got a warning for sure and if such acts are repeated even after a warning to the team, it could have led to 5-run penalty.

The International Cricket Council (ICC) has given the authority to the umpires to deal with such situation. Leniency is being observed as of now because it will certainly take time for the players to get habituated with the new rules.

We hope you are also following all the safety guidelines needed to keep you and your family safe!