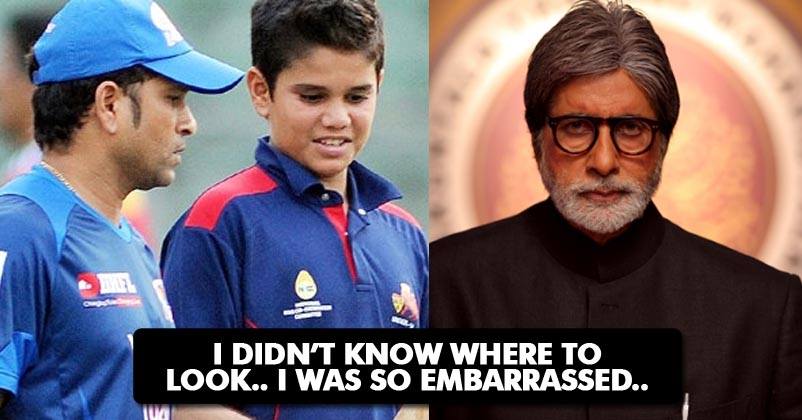 It was Bollywood’s legendary actor Amitabh Bachchan’s 75th birthday yesterday and we really don’t need to mention that it was certainly a big day for his fans. Many celebrities are also fans of Big B and one of them is the cricketing legend Sachin Tendulkar.

When Sachin was embarrassed: 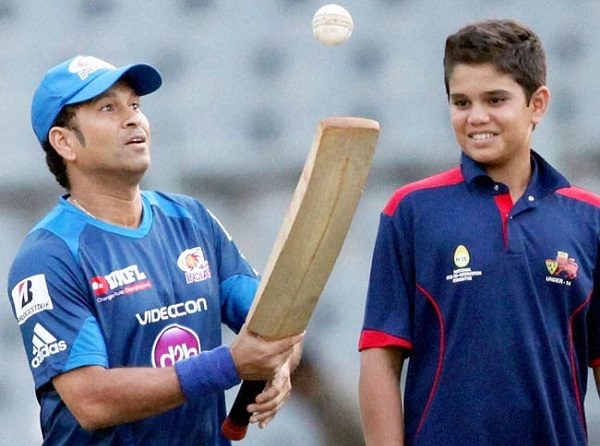 It is well known that Sachin and Amitabh admire and respect each other a lot. What’s more, they are often seen together in some high profile events and even their families are very close to each other.

On the day of Shahenshah’s 75th birthday, Sachin shared an incident when he was embarrassed in front of Amitabh Bachchan because of Arjun.

Here’s what he told Mid-Day,

“It involved my son Arjun. He was only a year-and-a-half old then. We were shooting a commercial and in between shots, Arjun was sitting on our laps. Arjun was having an orange and after finishing it, he coolly wiped his hands on Mr. Bachchan’s kurta. I didn’t know where to look. I was so embarrassed.” 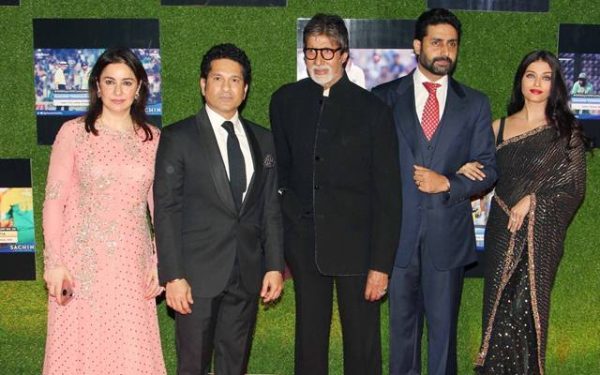 He very fondly talked about a performance of Amitabh and Lata Ji which he enjoyed while sitting in the audience with the evergreen beauty of Bollywood, Rekha. He said,

“Oh yes, that was years ago. Lata Ji was singing a song from ‘Silsila’ and Amitji appeared on the stage to recite his dialogues. That was the only time I saw them perform together. When I was very young, I watched his movies just for the sake of watching them.”

“At that stage, what perhaps drew me was the action part. At different stages of life, you admire the same thing for different reasons. As you grow older, you realise how difficult it must have been for Amitji to enact those roles. Later on, of course, I saw him doing everything — be it emotional, aggressive, tragic or romantic [roles].”

Isn’t it great that we have the honour of watching these two legends in our lifetime?

Bigg Boss 11’s First Captain Is Revealed, Can You Guess Who Is It?
BB 11 Contestant Akash Dadlani Says He’s Vishal Dadlani’s Relative. Vishal Gave It Back To Him