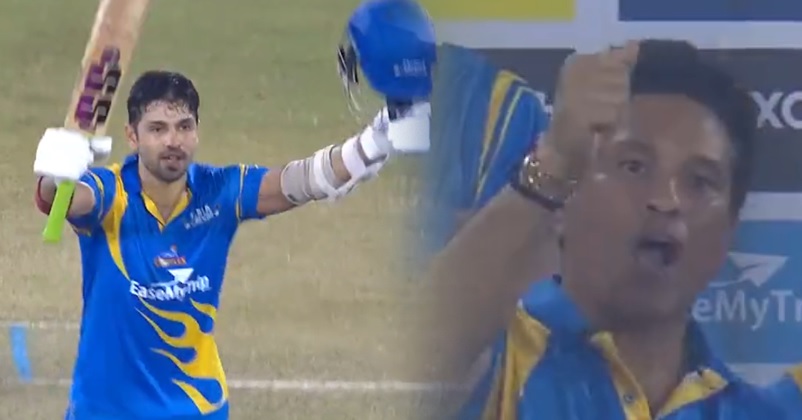 The Indian cricket fans especially of 90s era were having a gala time as they were able to watch their favourite cricketers such as Sachin Tendulkar, Yuvraj Singh, Suresh Raina, Irfan Pathan, Yusuf Pathan, etc. once again on the cricket field because they were participating in the Road Safety World Series 2022. The tournament got over yesterday as India Legends registered a convincing victory over Sri Lanka Legends by 33 runs and won the trophy. 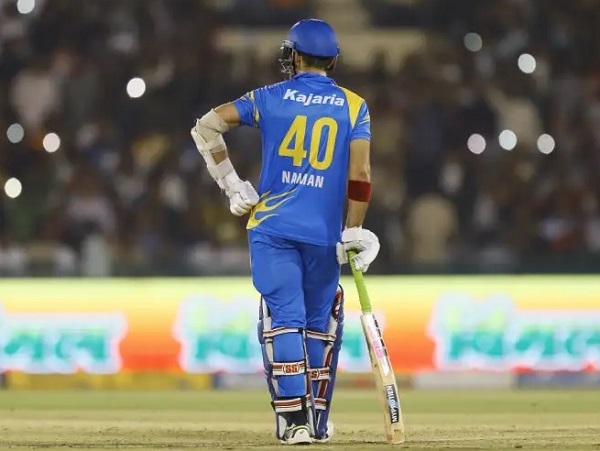 The final match was played Shaheed Veer Narayan Singh International Stadium, Raipur, and the hero of India’s victory was Naman Ojha who played a blistering knock of 108 runs not out for which he faced 71 deliveries and his innings included 15 fours and 2 maximums. The wicketkeeper-batsman touched the three digit mark on the first ball of the 19th over by hitting a six and he celebrated the occasion by bowing down towards the dug-out. The skipper of India Legends, Sachin Tendulkar also gave a motivational reaction on this occasion.

Here is the video clip of the beautiful incident:

#NamanOjha completes his century with a fabulous six😍

India Legends managed to put up a huge total of 195/6 in their stipulated 20 overs and this knock from the 39 years old former Indian cricketer was more important because India Legends had a bad start after winning the toss. While skipper Sachin Tendulkar got out on golden duck, Suresh Raina also departed early at the score of 4 but Vinay Kumar played a useful innings of 36 runs (21 balls, 4 fours & 1 six). However after Vinay Kumar got out, Yuvraj Singh (19 runs, 13 balls, 2 fours & 1 six), Irfan Pathan (11 runs, 9 balls, 1 four) and Yusuf Pathan (0) left early.

Nuwan Kulasekara was the most successful bowler for Sri Lanka Legends as he took 3 wickets for 29 runs. 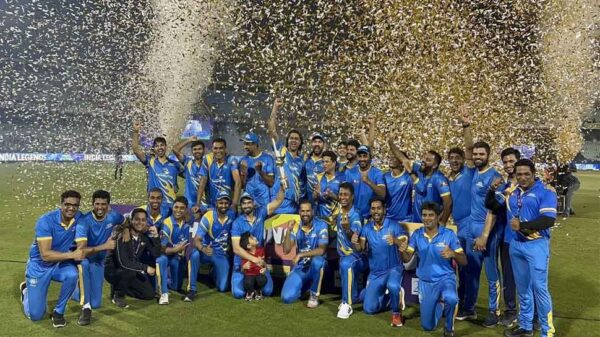 In response to the Indian innings, former Sri Lankan cricketers could manage only 162 runs in 18.5 overs and the highest scorer for Sri Lanka Legends was Ishan Jayaratne who scored 51 runs (22 balls, 4 fours & 4 sixes).

Naman Ojha was adjudged as the Player of the Match for his superb innings and not forget to mention, he also did two stumpings in the match.

India Legends are still the best.