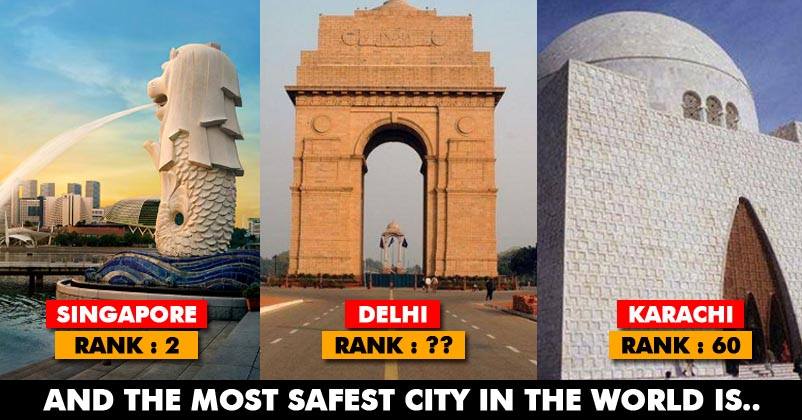 Whenever we talk about the issues that our nation is going through, safety has always been a big concern. No matter how much we try to fight for it, there seems to be no significant step which makes the people feel more secure and safe rather than being vulnerable. 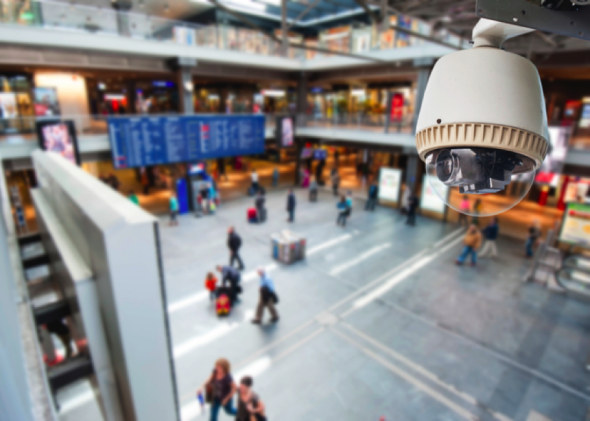 The Safest Cities Index 2017 is out and the results are not surprising but shameful. There is no Indian city if we talk about the actual toppers and only two cities i.e Delhi and Mumbai are present in the last row of Top 50’s.

Despite all the greatness that our country holds, we are competing with Moscow, Riyadh, Bangkok and other cities like these.

Cities on the Top

Cities which Top the Safety Index are the ones like Tokyo, Singapore, Osaka and we are nowhere near them.

The parameters on which the ranking has been decided are Digital Security, Infrastructure, Income. There have been cities like Tokyo which are high on digital security but not good in other aspects like infrastructure. America has also lagged in the infrastructure and that’s why no city has ranked in Top 10.

Take a look at the complete chart below 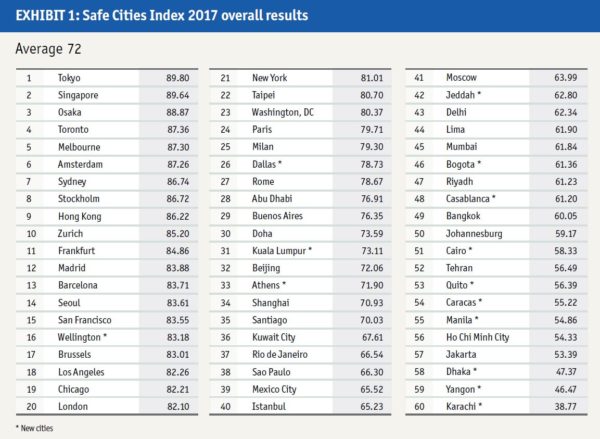 What do you have to say on this? Do you have any ideas which can be bring into play to make our cities safer?

Continue Reading
You may also like...
Related Topics:India, World

Global Hunger Index: India Ranks 100 Among 119 Countries, Down 45 Positions Since 2014
KBC Made A Comeback After 4 Yrs & It’s Soon Going Off Air. We Are Very Sad