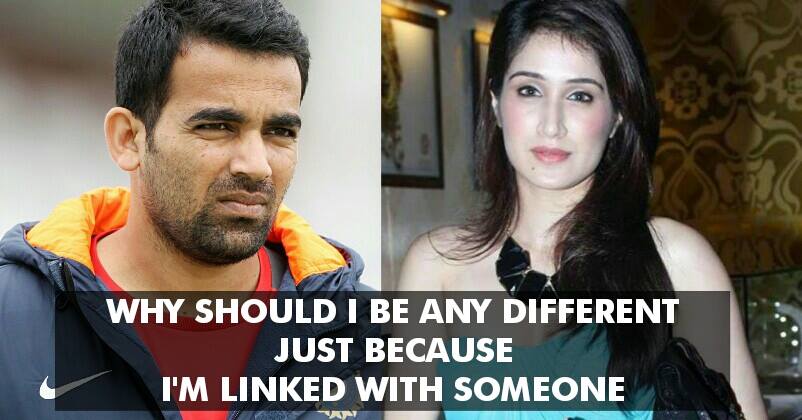 Last year when Indian cricketer Yuvraj Singh got married to Hazel Keech, a lot of Indian cricketers, famous actors, and celebrities attended the wedding. At this occasion, former Indian pacer Zaheer Khan was also spotted at the grand celebration, but he wasn’t alone, he was accompanied by the ‘Chak De! India’ fame actress, Sagarika Ghatge. Zaheer Khan’s pictures with Sagarika at the wedding went viral on the internet and soon the rumors of their link-up started doing the rounds. It is not something new, Bollywood and Cricket, these two always go hand in hand. We have couples like Yuvraj Singh-Hazel Keech, Virat Kohli-Anushka Sharma, Harbhajan Singh- Geeta Basra, and now it looks like there’s a new couple in town, Zaheer Khan and Chak De! India actress Sagarika Ghatge. According to a rumor, the two have been dating each other for last five months. They met through some common friends and immediately fell in love. There’s also a rumor that the couple will tie the knot by the end of this year. However nothing is confirmed yet. But she has finally spoken on her rumored relationship with the former Indian pacer Zaheer Khan. In an interview with Mid Day, she said, Sagarika did say something which hinted that she was indeed dating Zaheer. She said,

I will remain just the way I am: low profile as ever. Why should I be any different just because I am linked to someone? I am not the kind who can put up a farce. I have no shame in admitting that I draw into my shell easily and come out only when I have to speak. I have big respect for Zaheer’s game and before you ask, yes he will watch my film (Irada) when it releases. The Chak De girl will be seen in the upcoming movie ‘Irada‘ alongside Naseeruddin Shah and Divya Dutta. It’s ironic how her character in Chak De leaves a cricketer and here she is, dating a cricketer.

In Spite Of Living In A Luxury Hotel, The U-19 Team Doesn’t Have Money To Eat Food
Saudi Arabia Deported 39,000 Pakistanis In Last 4 Months & The Reason Is…