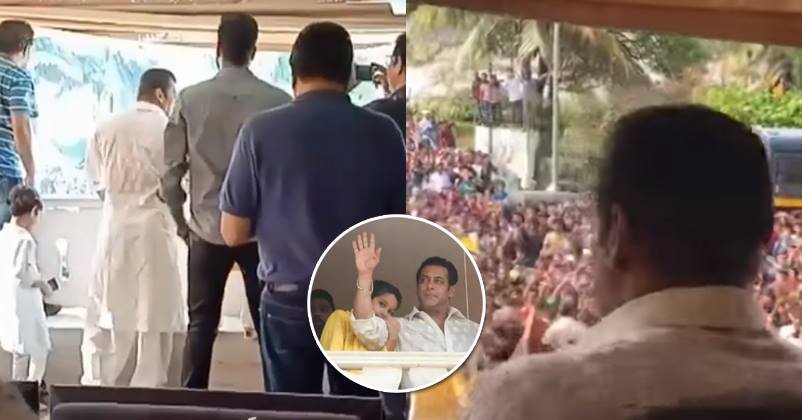 Salman Khan enjoys a huge fan following; in fact, wherever he goes, the place becomes crazily crowded. Very few people are blessed to have fans in such huge numbers. Fans are mad about his 1 glimpse; he never disappoints them at all.

No matter what the occasion is, Salman always comes to wave at his fans and make them happy.

His recent release Race 3 wasn’t much appreciated, but still his fans flocked the theaters because they didn’t want to miss his movie. 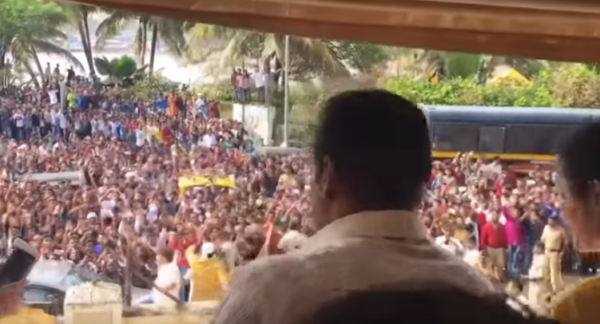 Yesterday, on the occasion of Eid, thousands of fans gathered outside Galaxy Apartments to wish him. After seeing such a huge number, we could feel the love and respect that his fans have for him.

A video is going viral, in which Salman came out and waved to fans from his balcony. We were overwhelmed to see the love that was being showered upon him.

There was constant roaring and “Salman Salman” chants all around. He came out with his family & even they were thrilled to see the response.

This video is truly a proof that Salman’s fans are crazy for him. This is the reason that although the film wasn’t good, it received an amazing response and became highest opener of 2018.

Continue Reading
You may also like...
Related Topics:Race 3, Salman