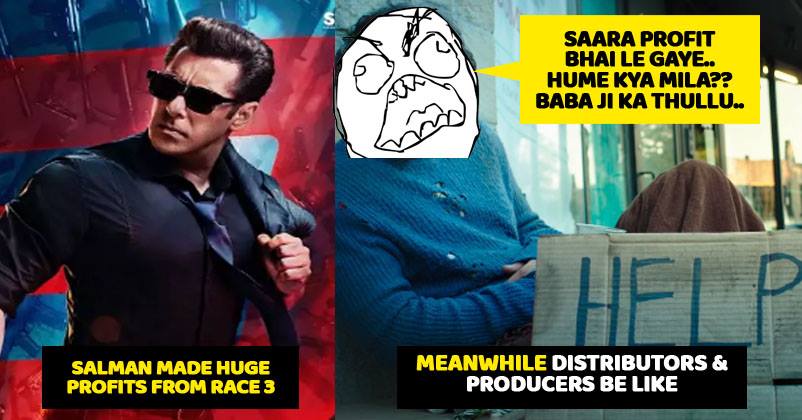 It has been a topic of discussion for some time now whether Salman Khan starrer “Race 3” was a hit or flop. If we look at the lifetime collections of the movie, it is around Rs. 170 crore and the producers have said to make profit while the distributors have incurred losses.

As per the sources, Remo D’Souza directed movie was made in a budget of Rs. 130 crore which also includes Rs. 20 crore for PnP. 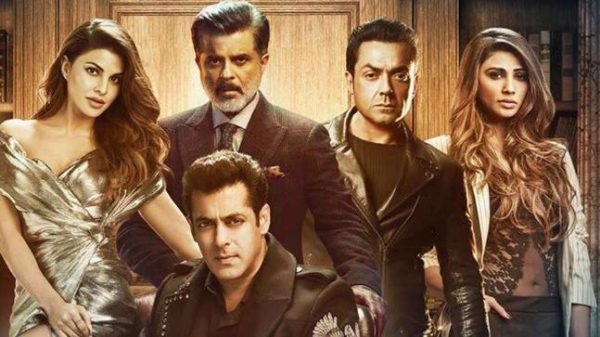 Rs. 80 crore is the amount which was received by the makers by selling the satellite and digital rights and other than this, they also received a rebate of Rs. 40 crore from UAE government as most of the movie has been shot in Abu Dhabi.

The flick was distributed by Salman or Ramesh Taurani in the circuits of Mumbai, Delhi, UP and East Punjab and the rights were sold on minimum guarantee in the other markets. Salman Khan and Ramesh Taurani earned an amount of approximately Rs. 40 crore from the markets where they distributed themselves and earned around Rs. 65 crore by selling it to the other distributors.

While Salman and Ramesh have earned around Rs. 100 crore, the other distributors have incurred losses to the tune of Rs. 20-25 crore.

As per Amod Mehra, a trade analyst, “Race 3” has proved to be profitable on the part of producers but when distributors lose money, it is not considered good. In his words,

“See today as far as the producers are concerned motion films these days are a success. But when you sell the film, you have to take into consideration the money the distributors make. If they don’t make money then the film is a flop. In case of Race 3 Salman Khan made 100, 200 or 300 crore whatever he wants to say, but he has sold the film at a very heavy price and those who have brought the film will lose at least 30-40%. In fact, even now after exaggeration the figures of Rs. 170 cr, the distributors will get only half of that which is Rs. 70-85 cr, and if they have sold all India it for Rs. 110-120 cr, and the film doesn’t make 240 cr the distributors will have obviously lost money.”

“As for distribution of Race 3, Salim Khan has CI (Central India) he has someone there who handles the distribution, while Mumbai, Delhi, and Punjab were acquired by Reliance on advance payment and not on an MG (Minimum Guarantee) but still have not made money. One time they did it because Salman’s father had committed it out of emotion. Now nobody is going to do that. Distributors might approach Salman but then it depends on him whether he wants to return the money or not, but I don’t think he will return any money. Because once you start to give money back, then you cannot go ahead and say the film is a hit. Right now they are just trying to whitewash it by saying it earned 200 cr worldwide and it has made money.”

While another trade analyst Komal Nahta is of the opinion that it’s a losing movie for distributors and they have suffered losses of nearly 20% of the amount they invested. 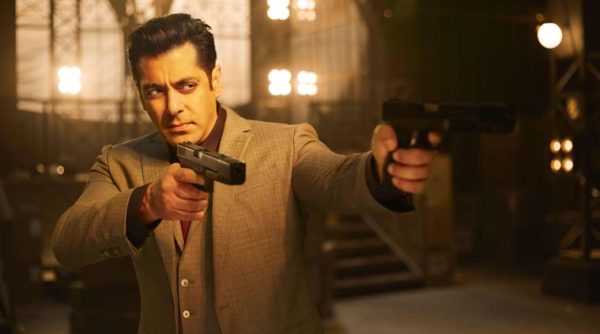 “Race 3 has not performed well. From the box office point of view Race 3 is a losing film, in fact quite a losing film, but for the producer it is quite a profitable venture because they pre-sold several territories of India, and they got huge amounts of money from digital, satellite and music rights. So for them it was very profitable. But for the distributors who paid a heavy price and brought the film, they will stand to lose at least about 20% of their investment. Also some territories were distributed by Salman, but given that he has made so much money on the film that even if the film has not done well in his territories, the money he made will more than offset that loss. If you look at the performance of the film, it has not really worked in any territory; instead it has performed the same across the board.”

The analyst went on to say that if the makers of “Race 3” refund distributors, they will still have a huge profit.

“Talking about loss, if the makers of Race 3 were to refund distributors, which they will not, it will still be a profitable venture. For example if they have earned Rs. 120 cr. the distributors loss would be around Rs. 25-30 cr., and even after refunding this the makers would still make money. But this time distributors won’t approach Salman for a refund, since they know this time there won’t be a refund. Besides I don’t think Salman owes his distributors a refund because it wasn’t like they acquired the film months before, they saw the trailer and then acquired it so in essence it was a calculated risk of sorts. So the refund doesn’t arise.”

Do you think that the makers should refund money to distributors? Let us know your views.