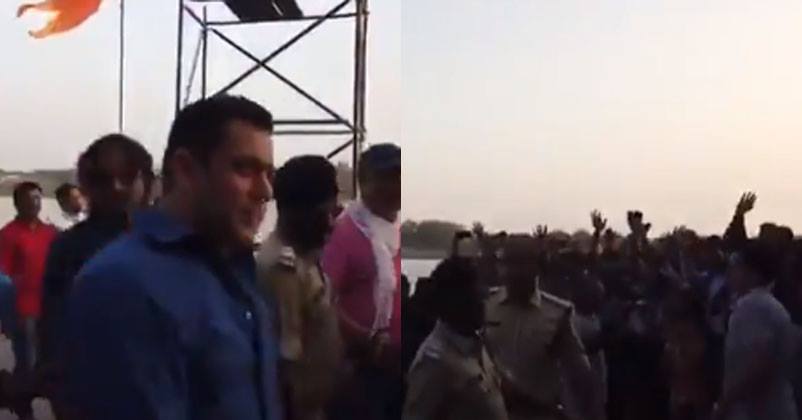 Salman Khan’s Dabangg is one of the biggest film franchise of Bollywood. The first part of the franchise released back in 2010 and was a humongous success. In 2012, Dabangg 2 released and was a huge Hit. 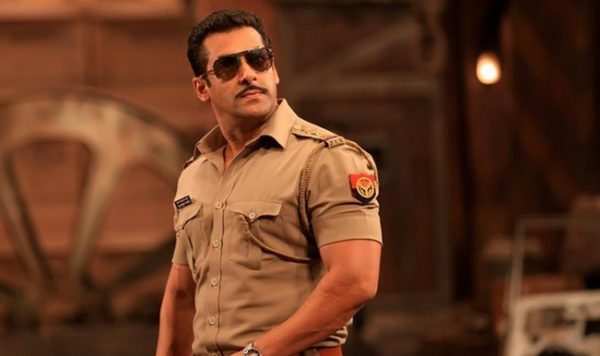 Now after 7 years, the third part of the franchise titled Dabangg 3 has gone on floors. The film stars none other than Salman Khan in lead and is being directed by Prabhudheva. The team of the film along with the actors and director are in Indore, Madhya Pradesh for shooting.

Salman Khan recently shot for the title song in Indore and a clip went viral on the social media.

Now the superstar has shared another video clip from the sets in which his crazy fans are seen shouting and cheering up for him. Salman shared the video and wrote a thankful message for his fans and local police-

Namaste, Salaam Alaikum, Hello and a big thank you to all my fans & the police of #madhyapradesh #maheshwar #dabangg3 @PDdancing @arbaazSkhan @Nikhil_Dwivedi

Namaste, Salaam Alaikum, Hello and a big thank you to all my fans & the police of #madhyapradesh #maheshwar #dabangg3 @PDdancing @arbaazSkhan @Nikhil_Dwivedi pic.twitter.com/ubN1X33jI8

Now that’s the kind of craze only Bollywood’s Bhaijaan can have. Don’t you agree?

Continue Reading
You may also like...
Related Topics:Dabangg 3, salman khan

Alia’s Half Sister Pooja Bhatt Reacts To Her Relationship With Ranbir. Here’s What She Said
Huge Crowd Of Deepika Padukone Fans Storm The Sets Of Chhapaak. You Can’t Miss The Videos