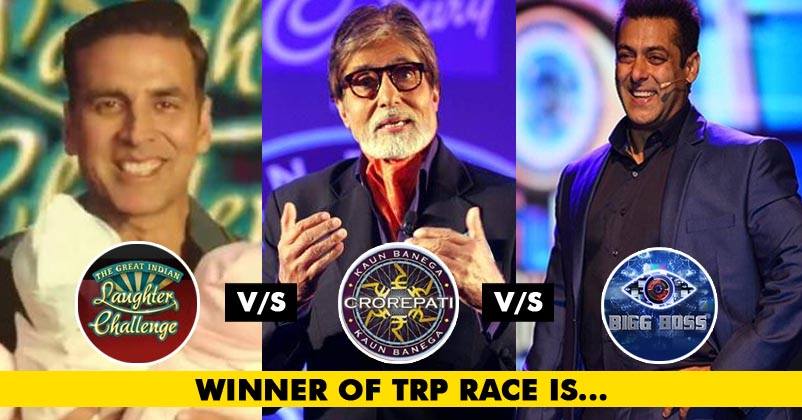 We are used to witnessing clashes among the Bollywood stars at Box Office. However, this time 3 of our big Bollywood stars Amitabh Bachchan, Salman Khan & Akshay Kumar are battling out on TV with their respective shows KBC, Bigg Boss & The Great Indian Laughter Challenge. 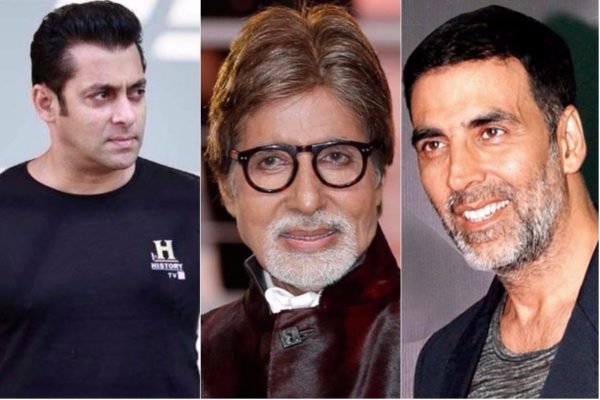 The war is on and we will see the results every week in the form of TRP’s. This week’s list is out and there is good news for Amitabh Bachchan and KBC fans while bad news for fans of Akshay Kumar.

As per this week’s TRP list, Big B’s KBC has managed to stay on top again even beating the new TV sensation Bigg Boss.

While there is a competition between both of these TV shows, Akshay Kumar’s The Great Indian Laughter Challenge has shown very poor ratings and has not been able to enter the list of Top 20 shows. 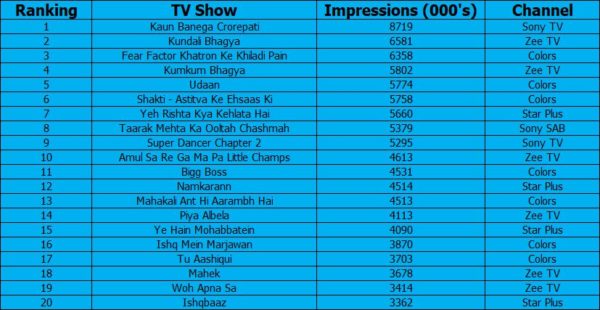 From the list it’s clear that KBC is unbeatable and Bigg Boss has struggled to beat daily soaps like Yeh Rishta Kya Kehlata Hai, TMKOC and others. While the opening is reported to be good, we hope it gets better with time.

On the other hand, it’s sad that Akshay’s show has not even appeared in the list. We wish it gets more love from people in the upcoming episodes.What do you think?

Ram Kapoor All Set To Transform Himself. This Is How He Looks Like After Shedding Few Kilos
BB 11 Padosis Luv Tyagi And Sabyasachi Were Caught Kissing In The Smoking Zone By Housemates?