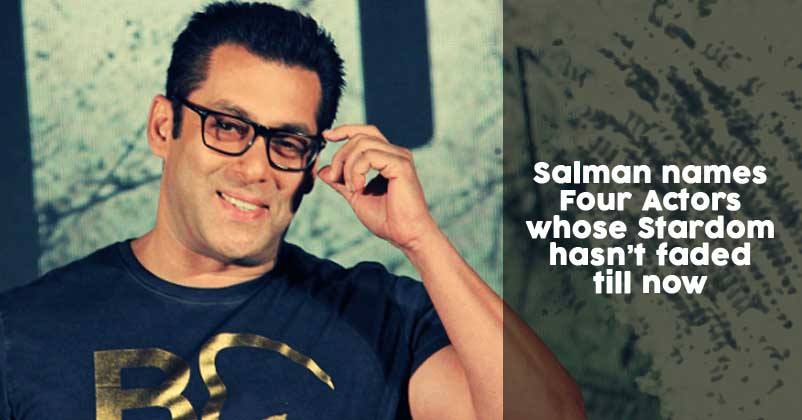 Bollywood has given some of the biggest stars over the decades and the stardom of those stars has barely faded away over the years. But in recent times as it’s said content is the king. If you deliver good content you are the king. As it was said ‘stars are bankable’ well those days are gone.

The superstars of Bollywood has also observed their movies terribly failing in the Box office. However, now it is believed no matter who is in the silver screen if the storyline is bad then it is bad. Star cast doesn’t matter to the audience anymore.

Salman Khan was recently questioned in an event, how there might not be any such thing as stardom since the content rule?


Salman Khan further added, “Also, most of us might admit to this because that’s how it has become now, and let’s just say, it is for good after all since that’s how should be.”