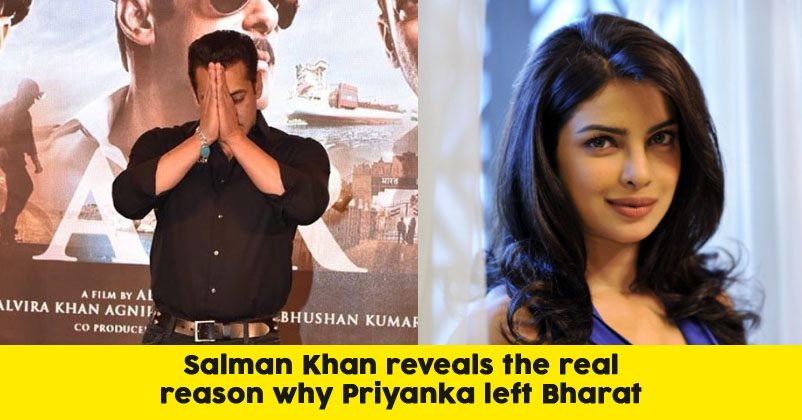 Salman Khan’s upcoming periodic drama ‘Bharat’ is all set to release on 5th June 2019. The movie stars Katrina Kaif as the leading lady.


As we all are aware of Priyanka Chopra was all set to play the leading lady in Salman’s upcoming release Bharat. Peecee stepped out of the movie cause of her marriage with Nick Jonas. Salman Khan wasn’t pleased about the fact Priyanka left the movie just five days prior to the movie was about to go on the floors.


Later Katrina Kaif was approached to play the leading role in the periodic drama. Currently, Salman Khan is busy with the promotions of Bharat.


Recently in an event, Salman Khan thanked Priyanka Chopra because of her Katrina is part of the movie. Everyone was thinking Salman took a dig at the global icon but later he justified his statement.


Salman Khan said, “Thank you, Priyanka! I will always be thankful to her. Bharat was about to go on the floors and just five days before the shooting, Priyanka meets me and tells that she wouldn’t able to be work in the film. Now, if Priyanka hadn’t left Bharat, how could we have got Katrina on board?”

Salman further added that her role was great in Bharat but she chose to step out and play the role of wife. He also said, ‘As Katrina is not playing the role of a wife and hence she is playing the character in Bharat’.

Salman clears the air and said Priyanka came to him and talked about her wedding preparations and that’s why she wouldn’t be able to shoot. Though, Salman told her that they would adjust the dates. But the Quantico fame didn’t join the cast. 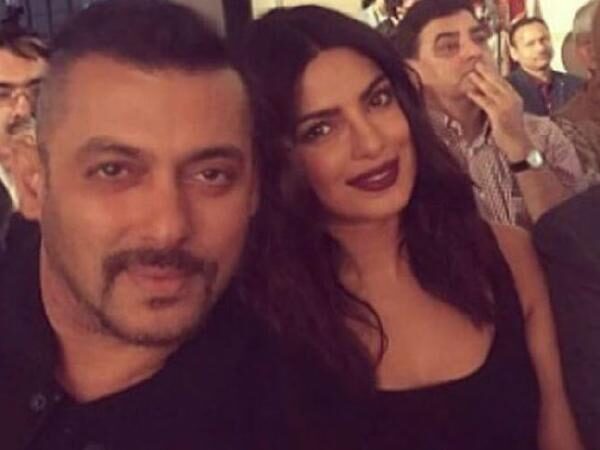 Salman Khan was also asked in the event if Priyanka contacted him, to which the superstar replied, “No Priyanka didn’t call me, not even after the trailer released. Now, if she had some genuine problem then it’s fine. I believe, whatever happens, happens for the good.”

Salman also said, “While many would give anything for the film or maybe even leaving their husband, Priyanka left the film.”

Salman Khan said he would definitely work with Priyanka in future if he gets a flawless script.