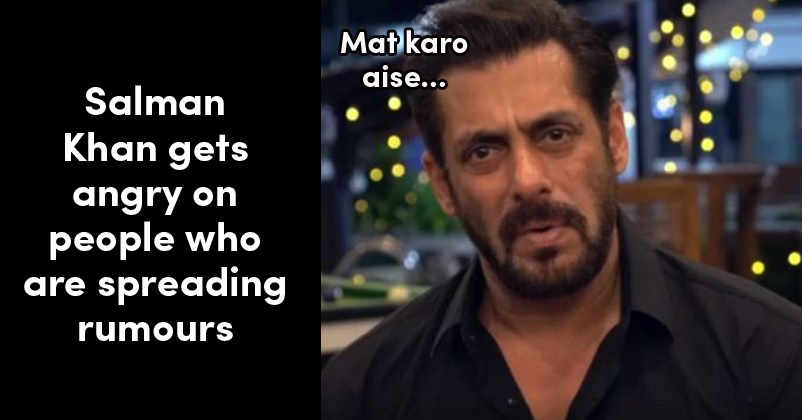 Superstar Salman Khan has been stranded at his Panvel farmhouse with some of his relatives and friends as they came here to enjoy for a couple of days but they didn’t have the option of going to their houses as lockdown was imposed suddenly due to the coronavirus pandemic. However, Bhaijaan has been quite creative in this lockdown period as he has come up with two songs – “Tere Bina” and “Pyaar Karona” to entertain his fans who have showered their love with open heart on his tracks.

While the whole Bollywood has been brought to a standstill, rumours have been doing rounds that Salman Khan’s production house has started casting for upcoming movies. However, now the “Bharat” star has himself made it clear that he and his production house are not casting for any flick. He asked people not to believe such rumours and also warned that legal action will be taken against those who are found using the name of the actor or Salman Khan Films in any unauthorised way.

Salman Khan took to the micro-blogging site to release an official statement in this regard and he shared it with the caption, “Mat karo rumours pe trust…. #staysafe @SKFilmsOfficial”

Here’s what the official statement read,

“This is to clarify that neither I nor Salman Khan Films are casting for any film currently. We have not hired any casting agents for any of our future films. Please do not trust any emails or messages received by you for this purpose. Legal action will be taken if any party is found falsely using SKF or my name in any unauthorised manner.” 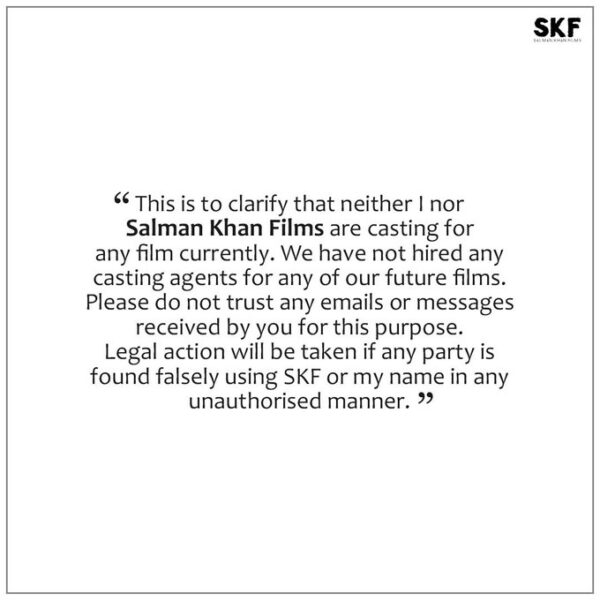 Salman has been quite active on the social media as he has posted videos in which he has asked people to remain inside their houses and follow the instructions given by the government and the medical professionals. He also scolded those who were misbehaving with the medical staff, doctors and policemen.

It is also being said that he may release a new song soon but nothing can be said with confirmation as of now.

We also request our readers to remain indoors and go out only if necessary!

Father Was Unhappy & Angry With The Birth Of Four Daughters, Now They Are Ruling Bollywood
Virat Kohli Sings To Impress Ladylove Anushka & She Can’t Stop Blushing In This Throwback Video