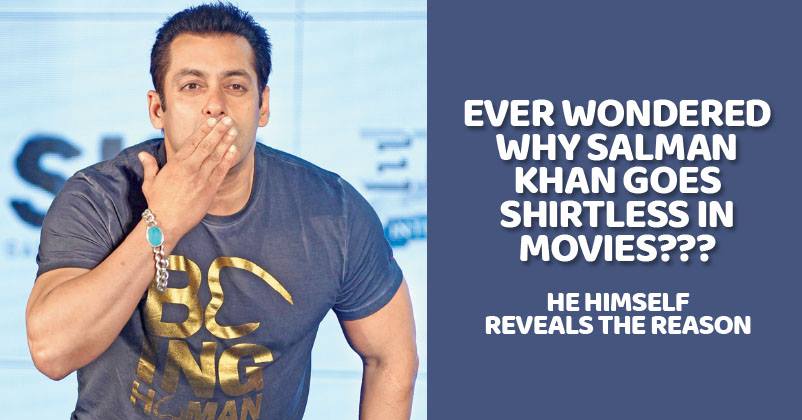 Salman Khan is one of the biggest superstars of India and his presence in any movie is the guarantee of success. However, one thing that everyone wants to see in Salman’s films is watching him going shirtless.

He revolutionised the Hindi film industry when he went shirtless in “Karan Arjun” for the first time and if this was not enough, he made everyone go crazy when he danced topless in “O O Jaane Jana” song from the movie “Pyaar Kiya Toh Darna Kya.”

This was the start of a new era which marked the beginning of fitness conscious actors and now new actors consider it almost necessary to hit the gym before making debut in Bollywood.

In 1994, Salman’s “Hum Aapke Hai Koun” got released and he was appreciated a lot for his performance but in 1995, he turned into an action star with “Karan Arjun”. While doing “Veergati”, Salman started working on his body and till “Karan Arjun”, he was perfectly ready to flaunt it.

When Salman was asked about going topless, he said,

“I realised that a good body was an asset and hence I cast my shirt off for the film. When you have a good body, why shouldn’t you show it off, man? Walking around bare-chested is not new for me. Even in my house, I never wear a shirt. You will always find me in just shorts. If I am driving or walking down the road, and if I feel hot, I just take off my shirt and carry on. I do not care what people say. If you have a problem, get lost.”

Salman has also been called arrogant many times but he doesn’t care about it. 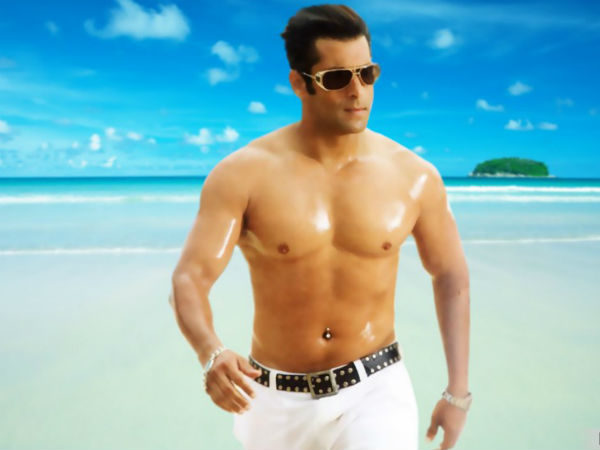 “Call me arrogant or whatever you like. I am like this. I try and put forward myself very clearly. I am not scared of speaking the truth. I have been labelled arrogant by a section of the film press, especially those magazines which want me to run around them and accept whatever they write about me. If I call you names, if I write rubbish about your family, will you like it? It can spoil your relationships with your colleagues and family and also land you in a soup. Just because somebody wants to sell his magazine, does it mean I should allow them to make use of me?”

Well, this is Bhai Ka Attitude and fans just love it!