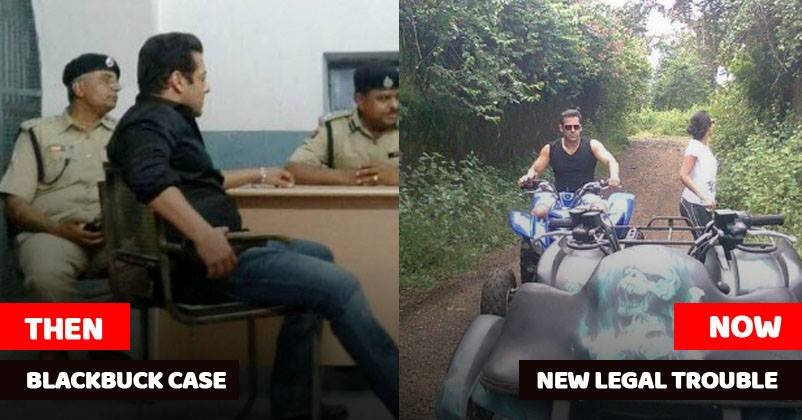 Salman Khan and his family seem to have been stuck in one more legal trouble and it’s not related to the superstar’s earlier cases but his Panvel farmhouse.

In recent times, an environmental audit was done at Arpita Farms and subsequent to this, Maharashtra forest department served a show-cause notice to the Khans. The notice is in relation to constructions on the land that they possess in Wajapur.

It was in the year 2003 that the region had been acknowledged as eco-sensitive and hence, there was a strict restriction on constructions. However, as reported, nine constructions had been raised subsequent to that on the land. 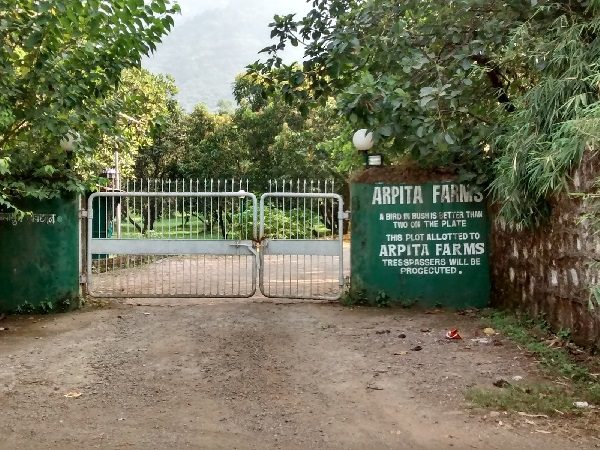 As reported by Times Of India, a case had been filed to breach the Forest Act in regard to cemented or concrete construction on the property.

The letter was in Marathi and here’s what it stated as per India Today,

“As per an earlier notice dated November 21, 2017, an offence was registered for violating the Forest Act for cement/concrete construction on your Arpita farms.”

“After this office checked the documents, it appears that you have done such illegal constructions repeatedly. It is seen that these offences have taken place at Arpita farms.”

“During investigation, the names of all these family members are becoming apparent. Therefore, why your family collectively not be reckoned to have participated in the offence?” 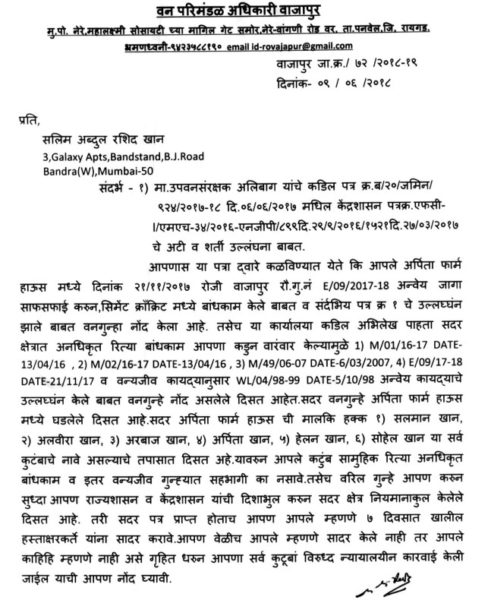 The notice was issued to Khans and within 11 days, an officer named SS Kapse who issued it had been transferred from jurisdiction.

Kapse was on leave and said that he would challenge the order,

“I am challenging the transfer. Will not comment further. You can speak to my lawyer.”

However several forest department officials alleged that on Maharashtra government’s order, constructions were regularised on 3rd April in the year 2017.

The notice is issued to Salim Khan; nevertheless, rights of the property’s ownership are with Helen, Salman, Arbaaz, Sohail, Alvira and Arpita. According to Salim Khan, this is only an allegation and they would speak on the matter when the right time will come.