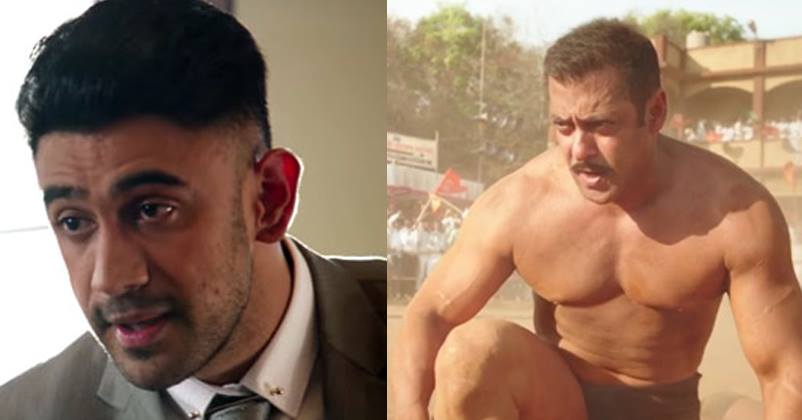 Salman Khan starrer ‘Sultan’ minted a huge amount at the box office in its 1st two days. The movie has earned a lot of praises from the audience and critics alike. While everyone has appreciated Salman for his performance, the star is impressed with someone else’s skills. Don’t you want to know who it is?

Well, it is Amit Sadh, the co-actor of ‘Sultan’. Yes, earlier too Amit Sadh has worked in various films but this seems to be his biggest one ever. Salman is so impressed with Amit that he gave a special gift to him. Sallu Bhai celebrated Eid with filmmakers, actors, friends and celebrities at his house. He had organized a small Eid celebration and invited many people.

The list included Amit Sadh too and during this celebration, Salman stated how impressed he was with Amit’s performance. Moreover, he gave Amit a special cycle.

You guessed it right! This is the same cycle on which Salman was spotted few days back with SRK. As per reports it is said

“Salman was very happy with the success of the film. In fact, he was so happy with Amit Sadh that he praised in front of everyone. He even gifted him his favourite cycle that he always rides. Amit was really happy with this gesture.” Amit was very busy with shooting and hence wasn’t available for comments. So, guys how did you find this special gift by Salman Khan? Do let us know your thoughts in our comments section below!