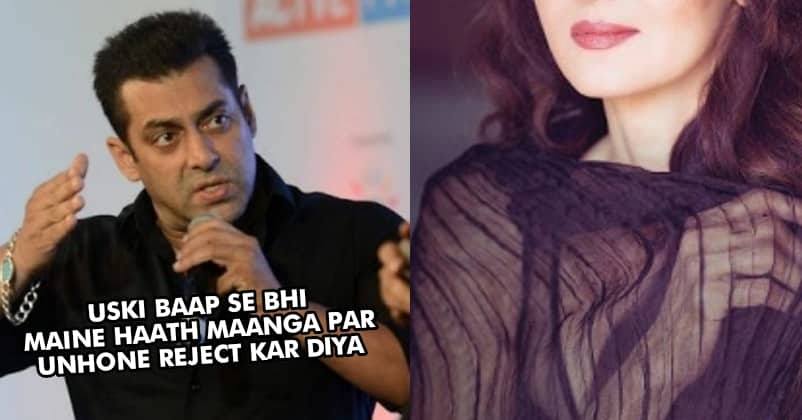 Salman Khan is one of the Biggest Bollywood Superstars of All Time and is also among the most eligible bachelors. Over the time his name has been attached to many Bollywood actresses and many have also thrown themselves upon him.

In a career of around 3 decades, Salman Khan has dated many actresses like Sangeeta Bijlani, Aishwarya Rai and even Katrina Kaif (as per many reports).

But do you know there was an actress whom Salman Khan proposed but it was rejected by her father? The actress was one of the top female stars of that time and Salman would’ve made a great pair with her but sadly the offer was rejected.

In a throwback interview of Salman Khan, the superstar himself narrates the story. He tells that how he was interested in marrying Juhi Chawla and funnily adds how her father rejected him.

Salman Khan says, “Juhi is very sweet, adorable girl. I toh asked her father if he’d let her get married to me.” 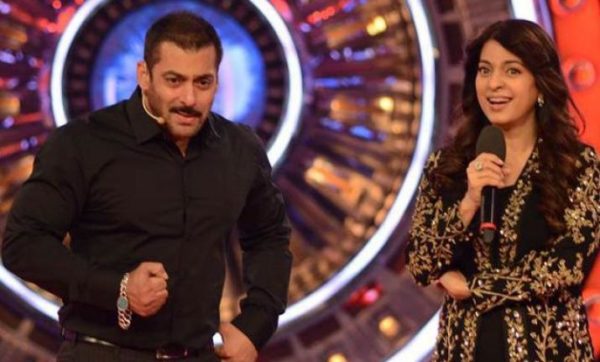 The superstar then makes a funny face and tells how Juhi’s father turned down the proposal. Salman in a funny way added- “pataa nahi kya chahiye unhe? (Don’t know what they want?”)

Watch the video below

Isn’t that funny and sad at the same time?

Birthday Boy Ranveer Singh Sings Happy Birthday For Himself On Sets Of Simbaa. Watch Video
Trailer Of Sunny Leone’s Biopic Is Out. It Is Too Bold & Bindaas